Changing how we view the Universe 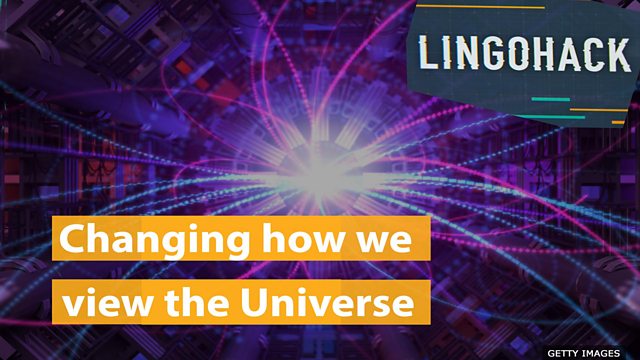 Changing how we view the Universe

shed some light on – explain to some extent

How long does the particle called 'a beauty quark' exist for?

The Large Hadron Collider was built to discover brand new particles - and transform our understanding of physics.

By crashing particles together harder than they had been smashed before - the researchers there may have done just that.

They've observed subatomic particles behaving in a way that can’t be explained by the current theory of physics.

The scientists may have made one of the biggest discoveries in physics.

Dr Mitesh Patel, Imperial College
We were literally shaking. We, you know, were shaking like a leaf the first time we looked at these results because, if it does turn out to be real, it could really have profound consequences for physics in general.

The team have been creating a particle called 'a beauty quark'. It exists for only a fragment of a second, and then decays into two other particles – what it should do in equal numbers - but it doesn't, possibly because a mystery force is interrupting the process.

Physicists can explain the world around us through the action of four fundamental forces - electricity, gravity and two nuclear forces.

But in recent times, these forces haven't been able to explain a few things, such as the movement of galaxies, or indeed why the Universe exists at all.

But this new finding is creating a lot of excitement because it contains hints that there might be a fifth force of nature that’s completely new to science.

If there is a fifth force, it could answer a lot of questions currently baffling astronomers.

Professor Chris Parkes, CERN
There are these big questions in physics that we don't have the answers to. And the hope would be, as the LHC (Large Hadron Collider) continues to make discoveries, maybe we could shed some light on those big questions of physics.

These very early results aren't definitive yet - more data is needed - but they are generating a lot of excitement about the prospect of a giant leap forward in our understanding of the Universe.

How long does the particle called 'a beauty quark' exist for?

It exists for only a fragment of a second.