Farming the sea for the food of the future 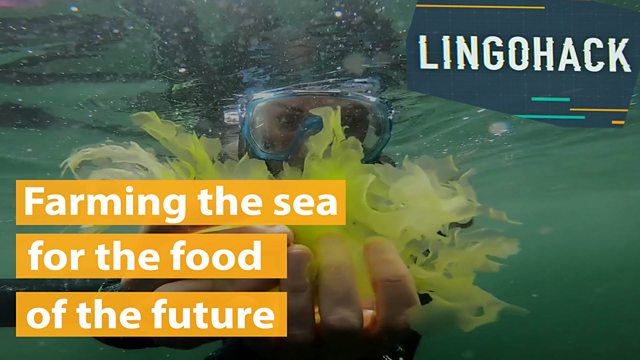 Farming the sea for the food of the future

reared – cared for until fully grown

aquaculture – the growing of water-based animals and plants for food

Are spiny sea urchins just seen as a pest?

The sea could be the food bowl of the future. In Jervis Bay, south of Sydney, seaweed, which is rich in fibre and omega 3, is grown and harvested.

Pia Winberg is a marine scientist who runs Australia’s first food-grade farmed seaweed company. Her crop is grown alongside mussels and is used as an additive in pasta and other products.

Seaweed is also reared in large tanks where it absorbs carbon dioxide waste from a wheat processing factory. The business is small, but could help to reduce the ecological footprint of traditional farming.

Pia Winberg. Founder, Phyco Health
If we used ten per cent of seaweed instead of wheat in breads and pastas, we’ve eliminated a million hectares of land, we’ve eliminated all of the carbon dioxide emissions associated with that, and we’ve also reduced the pressures on very precious fresh water.

Spiny sea urchins are another blue economy resource.  They can devastate marine habitats, but a recent competition for environmental start-ups in Australia, saw them not as a pest but a delicacy.

Aquaculture in Australia is dominated by the farming of salmon, tuna, and oysters.  But researchers say the industry should be far, far bigger.  Australia has the world’s third largest Exclusive Economic Zone, with access to vast areas of ocean.

Martina Doblin, CEO Sydney Institute of Marine Science
By 2050 we will have some ten billion people on the planet, and about half the food they eat will come from the ocean. So, we really do need to pay attention to the way that we manage the blue economy - generating wealth from the ocean but in a sustainable way.

Farming at sea has its challenges. Infrastructure has to be robust, as do supply chains and biosecurity. But get these things right, and the ocean might just be the next great economic frontier.

Are spiny sea urchins just seen as a pest?

No. They are also seen as a delicacy – something that is rare or expensive to eat.