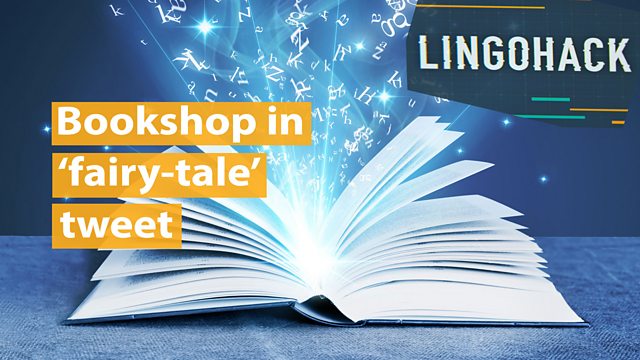 quaint –  attractive due to being unusual and old-fashioned

Who wants to make a donation to the bookshop?

Once upon a time, there was an old bookshop. But this isn't a fairy tale - it really exists. Where quaint meets quirky...

But last Tuesday there were no customers. Not one. Which led the shop to put out this forlorn tweet. It read: "Tumbleweed… Not a single book sold today. Zero pounds. We think this may be the first time ever."

The message was spotted by best-selling author Neil Gaiman, who retweeted it to his 2.7 million followers. The orders then came flooding in.

John Westwood, The Petersfield Bookshop
Someone from Inverness rung up and said, ‘I want to spend £10 - don't care what the book is, just send it to me. And I'm going to get my friends to do it.’ Someone from California wants to donate $50 and it's just the love for books.

In a shop where weird meets words, new customers have been arriving all day.

Customer
A second-hand bookshop, an antiquarian bookshop like this is… it's a treasure trove of amazing things.

With e-books and Amazon around, independent sellers won't always be busy, but this one, like all the best books, really has captured the imagination.

Who wants to make a donation to the bookshop?

According to John Westwood, someone from California wanted to donate $50 to the bookshop.