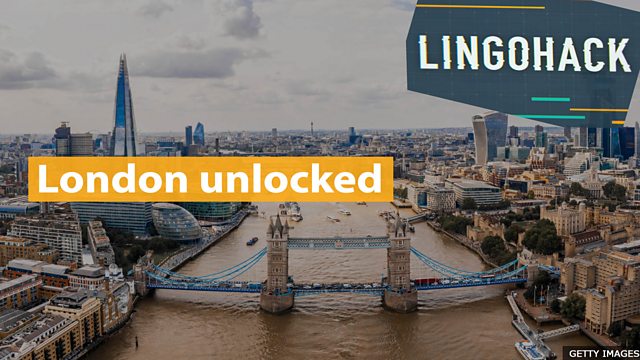 weather (the) storm – continue to survive during a bad situation

It’s a city that’s 2000 years old, enduring two world wars. Pandemics aren’t new here, but the coronavirus has attempted to threaten London’s very identity. Just four months ago it was one of the world’s most bustling cities with 9 million people living here. And then they had to go into lockdown.

But now, signs of a population trying to find a new normal - perhaps even some fun. Theme parks are starting to reopen, as are businesses. Hair is being cut once more. And at the centre of British culture – the pub – moved onto the street so people can meet and socialise. There have been concerns all this reopening will mean a second wave of infection, as many make the most of it.

Pub customer
It feels quite liberating because it’s been so long and we’re all so secure with what we do – wash our hands.

Cinemas too have started to reopen. But theatres with live performances have not. For centuries London has been at the heart of Europe’s arts scene, and now the UK’s government is promising almost two billion dollars of support.

Oliver Dowden, UK Secretary of State for Culture
This is the home of Shakespeare, attracting people from around the world - huge cultural power, huge contribution to our wider economy - think of all the tourists who come here. But also think of all the children, all the adults, who come here for the first time whose lives are enriched by that culture. So, all of those factors have contributed to us going for a very big level of support really to help our institutions weather this storm.

London has coped with its fair share of economic shocks over the years. Establishing itself as the financial capital of Europe. Billions of dollars of cash are usually made here every year, and despite thousands of jobs being lost, many businesses say they’re confident workers will come back to the capital.

After all, unprecedented times aren’t new to this city - although how it responds to 2020 could reshape its old ways.

Theatres with live performances have not been allowed to reopen.