Defending ourselves from meteorites 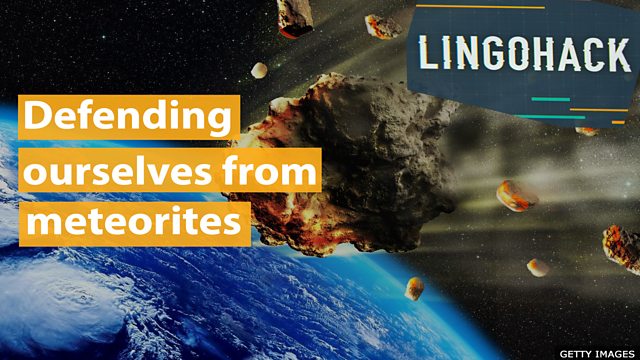 Defending ourselves from meteorites

meteorite – a piece of rock that has fallen from space

orbit – curved path of an object around Earth or another planet

Solar System - the Sun and the planets that move around it

asteroid - small, inactive planet, which moves around the Sun

Why are meteorites easy to see on the Antarctic ice?

Do you want to find a meteorite? Well, here is where to look out on the Antarctic ice. The pristine white surface makes meteorites easier to see.

Alexander Gerst is part of a team hunting for rocks from space, which makes sense because he has spent a lot of his time up here.

He is a former commander of the International Space Station and has spent more time in orbit than any other European. But he is back on Earth searching for clues about the origin of our Solar System.

His boss on the ice gives me a lesson in how to find a meteorite.

So John has found more meteorites than anyone else. So we're going to simulate finding a meteorite – we’ve placed one on the snow over there, right?

So we've been driving on the Ski-Doo. We've spotted it over there. What happens next?

John Schutt, Antarctic Search for Meteorites
Well, the next thing we’ll do is walk over to confirm whether it is a meteorite or not.

So you’re not allowed to touch it are you?

No, snot is the least of it. There are strict rules to ensure nothing contaminates the meteorites.

Most meteorites date back billions of years, right to the birth of the solar system, so the research here helps us understand how the Earth itself was formed and it could also protect our planet.

Alexander Gerst, European Space Agency
Everybody knows that the dinosaurs came to extinction because of the big, big asteroid crashing into Earth and that was long ago but nowadays, still we have asteroids hitting Earth. Sooner or later, a bigger one is going to hit us. They're made of, in principle, the same stuff as some of these rocks that we find out there on the Polar plateau. If ever one comes straight at us and we realise that – we can only do something about that if we know exactly what it’s made of.

For astronaut Alex, the rocks hold a personal significance.

Alexander Gerst, European Space Agency
You see things coming from outer space, zipping past you into the Earth's atmosphere and that's the weird  thought when you, for the first time in your life, see a shooting star from above realising, hey, that thing just flew past me.

So his Antarctic trip kind of closes a circle. The astronaut has recovered the remains of shooting stars on Earth so we can understand our planet a bit better.

Why are meteorites easy to see on the Antarctic ice?