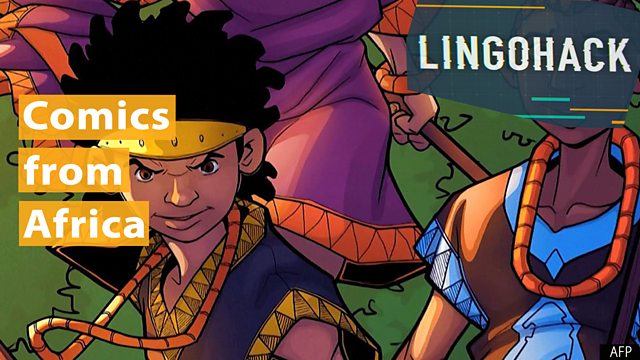 movement – group of people with the same ideas and aims

entrepreneurship – ability to think in term of commercial opportunities

Meet Dayo - a valiant warrior and an African superhero. He's the main character in a comic book called Trials of the Spear. Mixing tribal traditions with so-called Afro Futurism – it’s part of a movement to put African comics on the map.

The company behind it is called Comic Republic, based in Lagos. They produce books and animation. Their mission - to create African heroes and icons.

Jide Martin, Founder and Chief Executive of Comic Republic
We are telling an international story about people who are ready, who are there and have the capacity to do good... we are big on diversity and we are doing it from the African perspective, Nigeria to be particular.

This is the Lagos Comic Convention, a chance for superhero fans to come together. But it's not just about buying books - it’s about creating them too.

It seems comic books are booming. Not just in Nigeria, but all across the continent: a medium seen as quintessentially American being reborn in Africa.

As well as just buying books, new ones are also created.