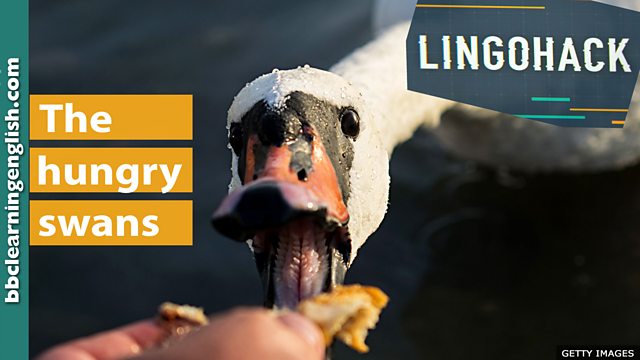 nuisance – someone or something that annoys or causes trouble

bother – trouble or difficulty caused by someone or something

They're irresistible. They come whether you want them to or not. And they're quite friendly. Where are you going?

This is Jack. He and his family are often seen swanning around this village, in search of a meal.

They've been a familiar sight in Kirk Hallam in Derbyshire for years.  And while some people think they're a nuisance, others say they're part of the community.

We put water out for them and we put different types of bread out, some seeded bread and some seeds as well. There are people that do chase them, and we've had a few swans that have been spray painted in the past, so we just keep an eye out for them.

They come every day- no bother or nothing [anything]. They just come and see everybody, and then they start toddling off down the street.

It seems at night time, they know when to go back home - back to the lake. And it's so lovely to see them. I'd miss them if they weren't here anymore.

They knock on the doors, the windows and pull the letter boxes.