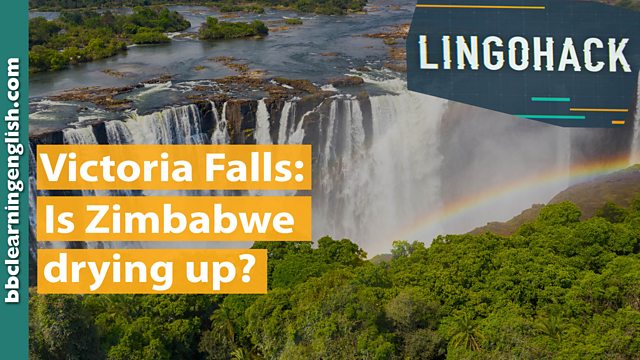 unsustainable – unable to continue at the same rate

When the Zambezi River is in full flow, you can see why the explorer David Livingstone called it ‘a view for the angels’.  But look at the falls now. This is what Southern Africa's prolonged drought means - the volume of water is down by two thirds.

Two hours north of Victoria Falls is Hwange National Park—a land dying of thirst. Hwange has the largest concentration of elephants in all of Africa. Drought is a killer. Two hundred elephants have starved to death in the last two months.

Solar pumps stop waterholes drying out, but in drought conditions the elephant population here is unsustainable.  Beyond the park boundaries, subsistence farmers are also struggling to survive in a land dry as dust.

Prolonged drought is also an urban crisis. Half a million people live in sprawling Mbare in Harare. This place simply isn't equipped to cope with an environmental crisis. They've had no piped water here for months. Cholera and typhoid are a looming threat.  And look what happens at sunset. Zimbabwe's power supplies have been crippled by a lack of hydropower. Mbare is enveloped in darkness.

Zimbabweans have endured years of misrule and economic collapse. Drought makes it even harder to see a way out. Zimbabwe's present is grim. Its future could be much worse.

Two hundred elephants have starved to death in the last two months.