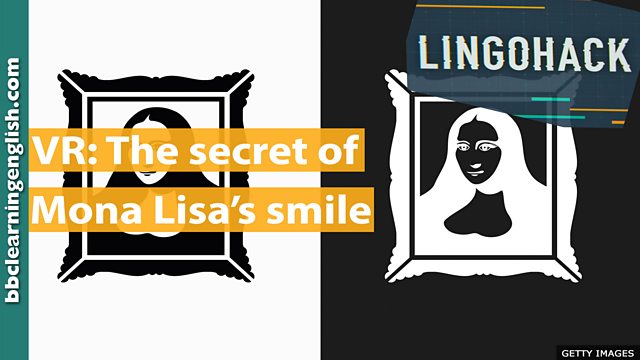 exhibition – display of pieces of art

composition – the way shapes and colours are organised in a picture

studies – drawings an artist makes when planning a painting

Scientist or painter? Leonardo da Vinci is often seen as a universal genius.

But this exhibition suggests his insatiable curiosity was all about creating the perfect image.

And it offers a new scientific way of looking at his paintings too, with a specially created virtual reality experience around his most famous work - the Mona Lisa.

They've used new technology to reveal the different layers of his key works, some of which took fifteen years to create.

Vincent Delieuvin, Co-curator, Leonardo da Vinci exhibition
He changed the form of the composition, but also the iconography of the composition. So, without these scientific investigations, we won't be able to understand the meaning and also the evolution of each painting of Leonardo.

The Queen has lent two dozen pictures from the Royal Collection, including these studies of plants. But other requests have proved harder to come by.

The fact this exhibition is taking place in Paris has ruffled a few feathers in Rome. 'Leonardo was Italian,' one junior minister said, 'he only died in France'. Both countries are planning major events this year to mark the anniversary, and not everyone has agreed on where the artworks should be shown.

Over two hundred thousand tickets have been sold before opening. And the Louvre is expecting more than half a million visitors in total, drawn to understand the secrets of the artist who painted this enigmatic smile.

The meaning and evolution of each of his paintings.