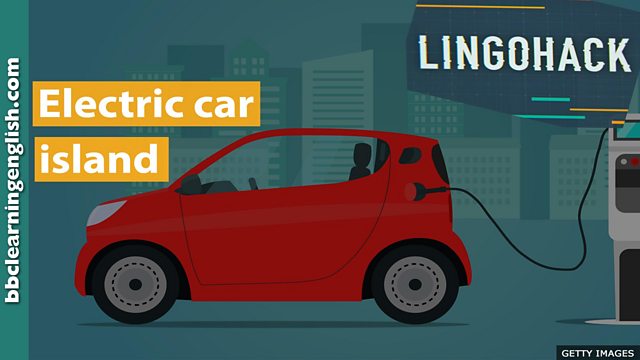 renewable – able to replace itself naturally

What is the electricity in the cars used for at nighttime?

The savage beauty of Porto Santo attracts tourists who love nature. But people need energy and the way it's generated here is damaging nature. This pollution is coming from the diesel generator which powers the island's homes. Transporting the diesel is expensive and it's fuelling climate change.

The local government want clean, renewable energy instead. But wind power and solar power ebb and flow, so they need a way of storing energy for use at nighttime. Here's the chosen solution - the electric car, but not as we know it.

On Porto Santo, some police cars are already powered by electricity. To run an effective backup for the local grid, half the cars on the island, like this electric taxi, will need to store power as well as using it.

So is this the road to the future? Well, a couple of years ago, if you'd suggested that car batteries could play a major part in supporting an electricity grid, a lot of people would have laughed. But that is exactly what’s happened. The electricity revolution is going to create a lot more surprises.

What is the electricity in the cars used for at nighttime?

At nighttime, the stored electricity flows back out of the car, up the cable and into the grid to power people's homes.