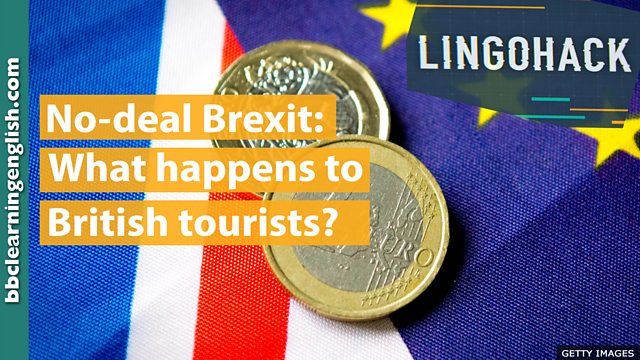 complicated – difficult to understand or deal with

put (someone) off – make someone lose interest or enthusiasm

implications – possible effects or results of an action

hard facts – information which is definitely true and cannot be denied

straightforward – easy to understand or deal with

Why does a six-euro lemonade now cost the same in pounds?

Right now, the ticket check for a ferry ride is about the most difficult procedure British tourists in Amalfi have to face. But if there's no deal, life may suddenly get much more complicated.

Don’t let that put you off, insist Italians. "Britain's a great nation," skipper Filippo tells me. "We need it."

Robert Johnstone, tourist
I'd like more information about the implications of a no-deal Brexit. So, the hard facts of what that would mean in terms of both impact at home, but also impact if we choose to travel abroad, you know. What additional documentation, different passports, queues at airports…? Nobody likes queues at airports. The biggest worry would be about a huge increase in cost when being abroad, I guess – and then increase in prices in the UK as well.

For British tourists, life in Amalfi is already more expensive. The pound has fallen so a six-euro lemonade from this store now costs about the same in pounds.

For years, a holiday here was straightforward. Now, British people who’ve booked for the end of the year don't yet know what they might have to go through, nor how much more it may all cost.

Why does a six-euro lemonade now cost the same in pounds?

It costs the same because the pound has fallen in value.