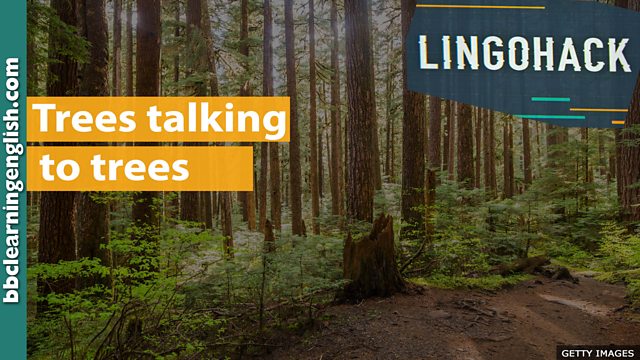 nutrients – substances that living things need to survive and grow

vulnerable – at risk of being hurt or damaged

Walk into a wood and you enter a peaceful, familiar world. But what if you look down? Beneath every forest and wood, there is a kind of mysterious underground social network.

Let’s peel back the earth to take a look. There are the tree roots and then mingling among them, along with bacteria, are thousands of superfine threads of fungi, known as hyphae.

And research has shown that they are all interconnected. They can help each other by sharing nutrients. And they can even warn of approaching threats. And scientists have described this as if the trees are talking to one another.

Now Dr Thomas Crowther and his team have mapped this subterranean social network of fungi on an epic global scale. He likens it to producing an MRI scan of the world's forests.

There are two main types of fungal network. They both suck up the greenhouse gas carbon - a key factor in climate change. Systems in woods like here in the UK absorb more than ones in tropical climates. But they’re more vulnerable to rising temperatures.

There is an effective way to help fight climate change and that's by planting trees. The new map of the wood-wide web can now be used to guide the planters. Know the right network to plug the tree into and it will flourish.

It’s the fungal networks that suck up carbon, which is a greenhouse gas and a key factor in climate change.