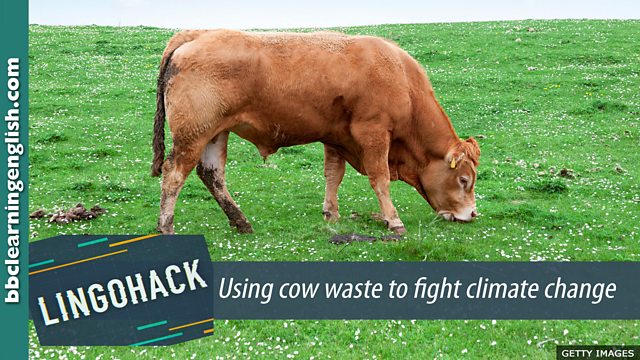 erosion – the gradual damage of something by wind, rain or waves

degradation – process of changing into a worse condition

depleted – reduced in size, quantity or quality from what it was before

How much of the world's population is affected by soil degradation?

Soil erosion - a double problem. Here in the east of England, this isn't smog in the air, it's soil on a hot, windy day. Losing soil like this lowers our ability to grow crops. It also releases carbon trapped in the earth and that contributes to climate change.

Soil degradation is a problem, said to affect almost half the world's people. Look at this tsunami of dust last year in Phoenix, Arizona. It’s the result of a spectacular storm. For most farmers, soil loss is a creeping problem that's only noticed too late.

Soils are really important for climate change as well because they store a lot of carbon. There's three times more carbon stored in soil than there actually is in the atmosphere. So you imagine if all that carbon was released from the soil into the atmosphere, we'd have… This is the runaway climate change that people are concerned about.

So what to do? Well, we know cows' burps are a problem for climate change, but their dung also helps put carbon back into the soil. So, this mobile dairy in the south of England may prove part of a solution. It means cows spread their dung across the fields, not leave it in the farmyard. That way nutrients and carbon from the pasture return to the soil.

Here's the evidence. This field with its light stony soil is depleted from crops grown with chemical fertilisers: see the much darker carbon-rich soil in the far ploughed field previously fertilised by cows.

Did you get it?
How much of the world's population is affected by soil degradation?

Soil degradation is said to affect almost half the world's people.