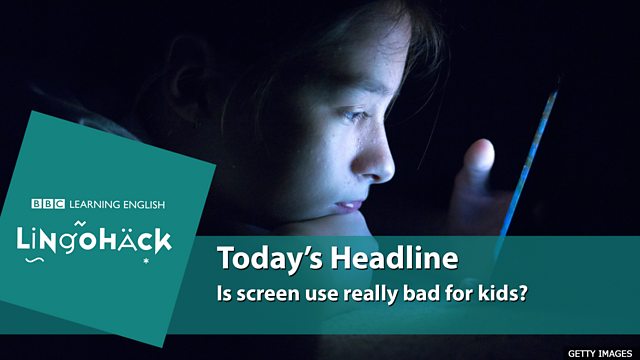 keep you up at night – prevent you from sleeping

When should parents not allow screen use by children?

Young people today grow up surrounded by digital entertainment and information on multiple screens, whether via computer, smartphone or television.

In its guidance to parents, the Royal College says the popular view that time in front of a screen is toxic to health has essentially no evidence to support it.

Professor Russell Viner, President, Royal College of Paediatrics and Child Health
Many things are harmful to us. Crossing the road is harmful. Even reading, which we think of as a really important thing, actually is a bit of a sedentary occupation that can keep you up at night. So we think that there's a balance to be struck. There are harms from screens. But actually, screens bring us great opportunities and we have to balance those.

The guidance says parents with healthy, active children should not worry greatly about computer and smartphone use, although it recommends no screens for an hour before bed, in part because the light can slow the release of the sleep-inducing hormone melatonin.

The Royal College says families should negotiate screen time limits with their children, based on individual needs and how much they impact on sleep, physical and social activities.

Did you get it?
When should parents not allow screen use by children?

The Royal College of Paediatrics and Child Health's recommendation is that parents don't allow the use of screens for an hour before children's bedtime.

Did you know?
University of Manchester researchers say higher levels of cyan – a colour between green and blue - keep people awake. The researchers want to produce devices for computer screens that allow users to control cyan levels.