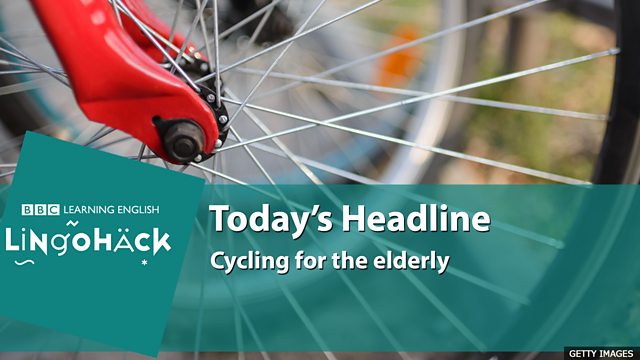 Cycling for the elderly

pensioners – people who receive money when they retire

contemplating life – thinking deeply and at length about life

loneliness – feeling of sadness due to lack of company

carers – people who give assistance to the elderly or disabled

According to studies, what does loneliness lead to among elderly people in London?

73-year-old Jane is one of the million pensioners who live alone in the capital. But now she's got a great excuse to get out of the house. The Ride Side by Side scheme involves this specially adapted part-electric, part-pedal bike, a driver and an hour and a half for anyone over 60 in North Kensington to get their shopping or just go for a ride and have a chat.

It gives me a great high because it gives me exercise, a bit of fresh air and it cheers me up.

I'm doing something rather than sitting on my sofa contemplating life.

In fact, 30% of over 65s in London live alone with studies showing loneliness leads to higher rates of ill health and disability, but with the option to pedal there's another major benefit.

It's one more time around the block - booked in again for next week.

Did you get it?
According to studies, what does loneliness lead to among elderly people in London?

Loneliness leads to higher rates of ill health and disability.

Did you know?
According to the World Health Organisation, the average life expectancy at birth for the global population in 2016 was 72 years.