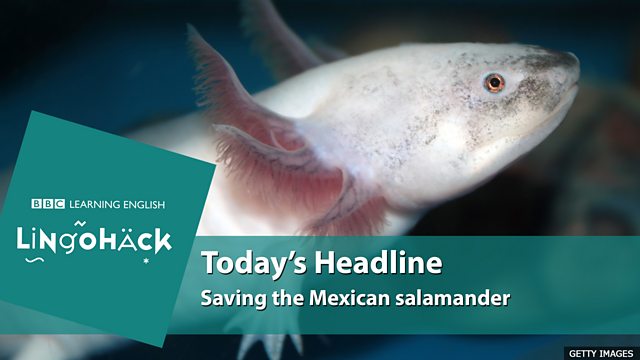 rearing (something) in captivity – breeding (an animal) in confinement

Lake Pátzcuaro, Central Mexico. The only place in the world where you just might find a critically endangered axolotl, known locally as the achoque.

Scientists are here on a mission to prevent these strange amphibians from being wiped out completely.

Gerado Garcia, Chester Zoo
Deforestation which is dragging down sediments to the lake. We have, as well, pollution; we are probably talking now to make it official that this species is close to extinction. So really we arrived right at the last minute.

This emergency effort involves rearing the axolotls in captivity, and that's where some unexpected experts come in: The Sisters of the Immaculate Health, who run a true sanctuary for this species.

But while conservationists and their devout collaborators work together to save a species that is disappearing from the wild, axolotls are bred in their thousands in laboratories around the world, like this one, in Nottingham.

Andrew Johnson, University of Nottingham
Most people who use axolotls study them because of their ability to regenerate. And it's remarkable. So let's say the limb gets bit off here above the elbow: what will happen is the limb will just regenerate a perfect mirror image of the limb on the other side. And so, many people hope that we can identify some latent ability to regenerate in human tissues…

Its regenerative abilities are the reason that people here have consumed Lake Pátzcuaro's axolotls for centuries, as a folk remedy, for everything from anaemia to asthma.

And the original recipe for this remarkable medicine? Developed at the convent by the sisters themselves, the nuns actually started breeding the animals thirty years ago, to sustain a supply of their ancient remedy's key ingredient.

Now it's the quiet dedication of a religious community that could provide a future for a unique animal from which we still have so much to learn.

This amphibian has the ability to regenerate – to regrow lost limbs or other body parts.

There are more than 4,000 different kinds of amphibians. They are cold-blooded – they are the same temperature as the water or air around them.