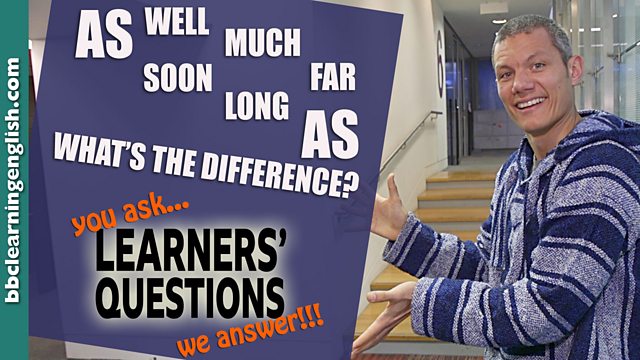 What's the difference between as well as, as soon as, as far as, as much as and as long as?   - Shafie

Which as - as expression can be used to give opinions?

As well as
As well as is used to include information. It is usually followed by a noun or -ing form. It basically means 'in addition to' or 'also'.

As soon as
As soon as is a time expression that joins clauses together like 'when'. It means 'at the same time' or 'very soon after'.

As much as
As much as can be used as a comparison of quantity. The noun goes in between - as much / many X as... - We can also put as much as in front of an amount to emphasise surprise at the size of that amount. Finally, it can be used to contrast things in a way similar to 'even though' or 'despite'.

As long as
As long as compares length. It can also be used in conditionals to mean something like 'if' or 'on the condition that'.