Preposition 'to' + 'ing' or infinitive? 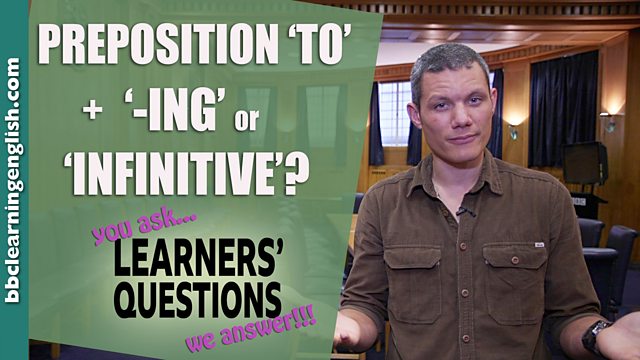 After the preposition 'to', do we use +ing or infinitive verb? - Paola from Italy

Specifically using 'to' as a preposition:

Object to doing something: object to + ing. Object means dislike, disapprove or dislike of something.

Be used to doing something: used to + -ing. If you are 'used to doing' something, it means it is not new, unusual or strange to you.

Get round to doing something means do something after wanting to do it for a long time: get round to -ing verb

Note: When 'to' is not a preposition

It's usually followed by an infinitive. This happens after certain verbs such as want, need and would like (this is about verb patterns).

And it happens after an adjective and we use 'to'+ infinitive verb.