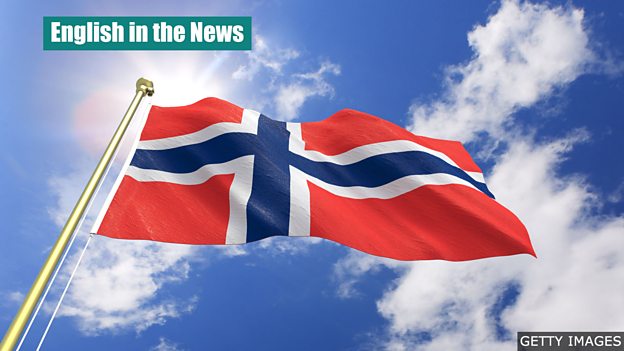 US pop star Pink has offered to pay the fines given to the Norwegian women's beach handball team. The team were fined for wearing shorts like the men’s team instead of bikini bottoms.

offered – suggested something that can be accepted or not

bottoms – part of clothing which covers the lower body

counterparts – people who have the same function

protesting – expressing opposition to something

uniform – set of clothes which identifies a person as belonging to a team.

issued – given out or distributed

standardised – made everything the same

sexualization – act of making something or someone more sexual

taking up – starting a new sport

1. How much were the team fined?

2. What did the Norway women’s team choose to wear?

3. Who fined the Norway team?

4. What reason was given for fining the team?

The Norwegian women's beach handball team was given a fine of 1,500 euros for "improper clothing" at the European Beach Handball Championships last week. The women’s team wore shorts like their male counterparts, rather than bikini bottoms.

In response, US singer Pink took to Twitter to say: "I'm very proud of the Norwegian female beach handball team for protesting sexist rules about their uniform" and also added "I'll be happy to pay your fines for you. Keep it up."

Why were the team fined?

The European Handball Federation fined the Norway team for its choice of kit in a match against Spain in Bulgaria. They said the fine was issued because the players' shorts were "not according to the athlete uniform regulations".

What did the Norwegian Handball Federation say?

The Norwegian Handball Federation announced last week that it was prepared to pay the fines. They also went to say that it should be "a free choice within a standardised framework".

As for Pink’s offer to pay the fine, the team expressed their gratitude towards the singer saying “Wow! Thank you so much for the support," in an Instagram story.

Pink is a singer from the US famous for hits such as Get the Party Started and Cover Me In Sunshine.

What other reactions have there been?

Former tennis champion Billie Jean King was among those noting how the men's teams wear shorts. "The sexualization of women athletes must stop," she stated on Twitter.

Bath University handball club said the fines were "absolutely outrageous". The also went to note how the rules around bikinis could be putting off women taking up the sport.

Find out more from the original BBC report

1. How much were the team fined?

2. What did the Norway women’s team choose to wear?

The team wore shorts instead of bikini bottoms.

3. Who fined the Norway team?

4. What reason was given for fining the team?

They said the fine was issued because the players' shorts were "not according to the athlete uniform regulations".

False. They are worried that the rules will put off new female athletes.