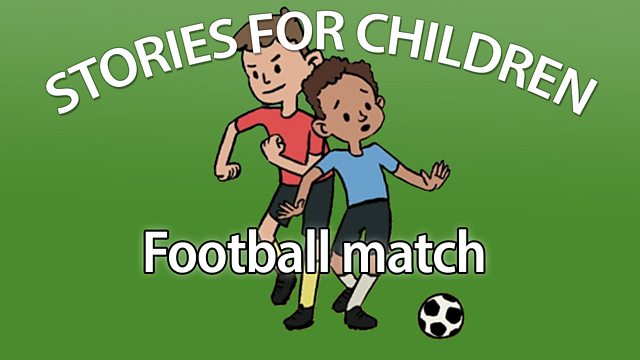 Joe loved football. He played it with his friends at school, in the park with his dad on weekends, and sometimes he even played it with his little sister, Bella, in their back garden. She usually missed the ball when she tried to kick it. But it was better than nothing.

“I wish I could be on the school team,” Joe told his friend, Finn. But maybe because he was small for his age, he never got chosen.

Then one day at break time, when Joe was playing football with his friends, Mr Burton, the football coach, came over.

“How would you like to play for the school team this weekend?” asked Mr Burton.

Joe felt so excited that he couldn't wait to tell Mum and Dad. But there was a problem.

“I'm so pleased for you,” said Mum. “But – oh dear – I'm not sure you can play this weekend. You see, Dad and I are away, and you and Bella are going to stay with Gran.”

Gran lived close by. She often looked after Joe and Bella when Mum and Dad were busy.

Gran had made plans to take them for a long walk with her dog, Selby, on Saturday morning. But when she heard, she said she would take Joe to the football match instead. “Of course, I'll have to bring Bella and Selby too.”

Joe wasn't sure about this. Bella could be such a nuisance. You never could be sure what she might do!

On Saturday morning Joe found it hard to eat breakfast, he was so nervous. He gave some of his toast to Selby when Gran wasn't looking.

The football pitch was in the park. There were lots of kids getting ready, and lots of parents standing at the side to watch. Some of them had dogs. The dogs barked at Selby and Selby barked back.

Gran and Bella waved at Joe as he ran onto the field. “Good luck!” they shouted.

Joe was pleased to see that Gran was keeping tight hold of Selby and Bella. Selby was pulling hard on her lead, and Bella was jumping up and down. Poor Gran looked close to being pulled in two!

The whistle blew and the match began. Joe ran up the field with the ball. He was about to pass it when a big boy from the other team crashed into him. He was almost twice as big as Joe. All the breath was knocked out of Joe, and the ball went off the pitch.

Joe hoped the referee would show the boy a yellow card. But the referee didn't seem to have noticed. Maybe there had been too many players in the way. After that, whenever the referee wasn't looking in their direction, the big boy would give Joe a shove. It made it really difficult for Joe to play well.

The next time the ball came towards them, the big boy stuck out his foot and tripped Joe up.

But the referee said that it had been an accident.

Selby and Bella had seen.

Selby tugged on her lead and barked at the referee.

“Please control that dog,” the referee told Gran. “Or I will ask you to leave!”

Gran was trying so hard to hold Selby that she let go of Bella's hand. Bella ran onto the pitch and up to the boy who had tripped Joe.

“Don't you dare trip up my brother!” she told him. “I saw you push him too!

Joe was really embarrassed. But, to his surprise, most of the parents and players were on Bella's side. Some of them began to cheer.

“She's quite right,” they said. “That big boy's a bully! It's disgraceful!”

Gran grabbed hold of Bella. For the rest of the match the bigger boy didn't dare touch Joe. And after fifteen minutes – Joe scored a goal!

“Can I always come and watch you play football?” asked Bella at the end of the game. And Joe said she could.