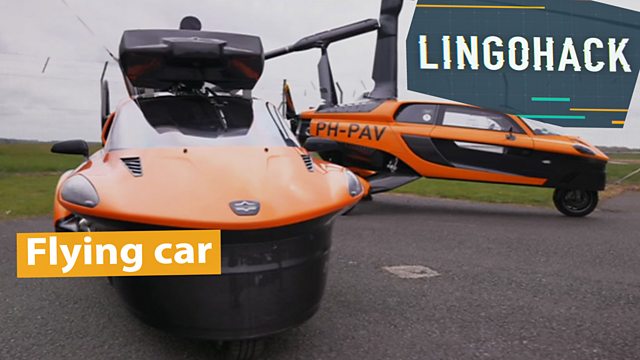 model – a design or type of product

bring (something) to market – make something available to buy

How long does it take to turn the plane into a car?

For as long as there have been cars and planes, someone has been trying to combine the two. This Italian model was built in the 1940s.

The trouble is, they've never been really practical, but now things could be about to change.

Andy Wall, Sales Director, PAL-V
So, we had to stop dreaming, and we are now at the very last stage of processing the regulations within permissions for flight with this vehicle. So… It's getting so close.

The PAL-V Liberty is made by a Dutch company which is nearing the end of the long process to get everything licensed and approved.

The question is, who is going to buy one? Well, they've already got lots of orders.

Marco van den Bosch, Chief Commercial Officer, PAL-V
This is the fastest way to become a pilot. So, there's always a small James Bond seat in every heart of every guy and every girl, so that's where we're selling to.

It takes less than 10 minutes to turn it from a plane to a car. You could land it at any airfield and then drive home.

If you want to buy one of these, it’s going to cost you €300,000. It sounds a lot, but probably a snip if you want to be at the forefront of what they're promising will be a new motoring and aviation revolution.

You’ll need a private pilot's licence [in the UK], but you can learn both here in Coventry and in Oxford.

There have been many false starts in bringing a flying plane to market. Next year, they reckon, is when you may see one driving along a street near you.

How long does it take to turn the plane into a car?

According to Marco van den Bosch, it takes 10 minutes.