Following whales round the Southern Ocean 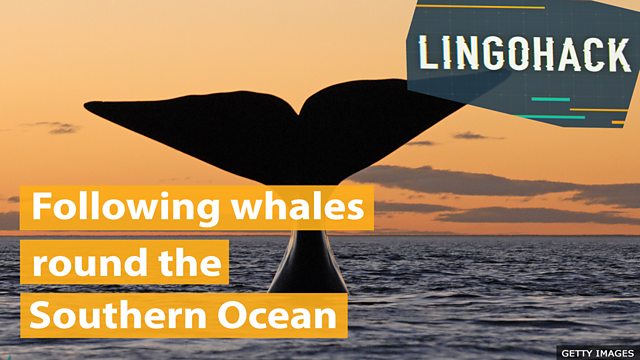 Following whales round the Southern Ocean

conducted – carried out or performed

tags – electronic devices which allow scientists to follow something

migrations – movements of animals from place to place, often seasonally

Where is the whales’ main wintering ground?

In New Zealand, southern right whales were hunted to near extinction about a century ago. Since that time, the population has slowly recovered.

Dr Emma Carroll - University of Auckland
My name is Dr Emma Carroll. I'm the lead scientist on a research project called ‘Tohora no Aotearoa’, which is a Maori phrase that means ‘southern right whales of New Zealand’. We estimated there are around 2000 whales in 2009.

However, nobody's really gone back to look at them over the last decade.

Dr Emma Carroll - University of Auckland
And so, this year and last year, we conducted surveys at their main wintering ground down in the Auckland Islands, which is about 450 kilometres south of the main islands of New Zealand.

Permission is needed to visit the area, and the weather is harsh. Emma's team have been tracking where the whales feed and whether climate change affecting their behaviour.

Dr Emma Carroll - University of Auckland
So, what we did is we used satellite tags to track their migrations out of that Auckland Islands wintering ground and follow them around the Southern Ocean.

Dr Emma Carroll - University of Auckland
The whales are still transmitting, we're still collecting a lot of data, but already what we've found has been quite surprising. Historically, we knew that southern right whales from New Zealand would travel north and east of New Zealand during those spring and summer months. However, none of our tracked whales show those migration patterns, and instead, most of them actually go west.

Surprisingly one whale, dubbed Bill, kept transmitting for a year. He went on the longest migration ever recorded for the species.

Dr Emma Carroll - University of Auckland
So, these results are actually pretty important and give us hope for this population because Bill or Wiremu the whale is actually feeding in areas south of Australia, as well as along the Antarctic coast. And so what that says is, you know, maybe one of those regions won't be so good and won't have as much prey one year, but maybe the other will, and so there is resilience there. And so that gives us hope that even with changing oceans, these whales have more than one strategy that they can use to find lots of food.

I'm really proud of the fact that we are using all of these modern tools to get a really complete picture of not just their recovery but how they're using the oceans. And we're able to bring those two aspects together to get a really good picture of where this population is at and how it might go in the future.

Where is the whales’ main wintering ground?

Their main wintering ground is in the Auckland Islands - about 450 kilometres south of the main islands of New Zealand.