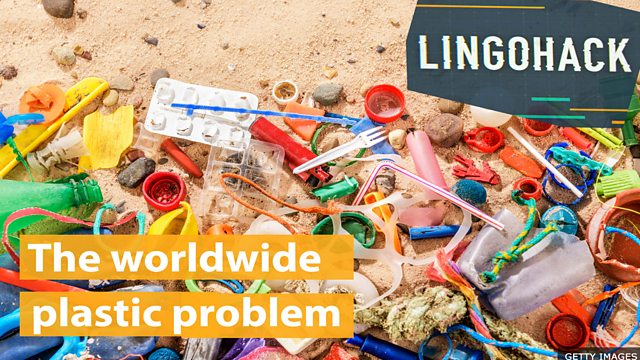 scale – size (of something)

unimaginable – so big it is difficult to picture in your mind

estimated – roughly worked out or guessed

daunting – worrying because it is a difficult or big problem

How many people in the global south have no access to formal waste collection?

It is everywhere because it’s almost endlessly useful. And when it's thrown away, if plastic finds its way into a plant like this, a lot of it can be made into something useful all over again.

But every year more and more plastic waste ends up here. And a global team of scientists has now tracked the production and disposal of plastic all around the world and used that information to forecast the scale of our plastic pollution problem for the next 20 years.

Dr Costas Velis, University of Leeds
If you were to count all together all the plastic waste that is going to be released into the environment both on land and reaching the seas, these would be the staggering number of 1.3 billion tonnes of plastic.

Victoria Gill, BBC science correspondent
1.3 billion tonnes is so big of a number it's almost unimaginable. How can you even visualise how much waste that is?

Dr Costas Velis
If you were to spread these on a thin layer of land, it would be 1.5 times the size of the UK.

Many of us might do our bit with reusable water bottles and coffee cups. But there’s an estimated two billion people in the global south who have no access to any formal waste collection - they’re simply left to work out what to do with all their rubbish.

Providing protection and safe employment for workers in low-income countries who collect and sort all of that waste will be just as important globally as reducing the production of single-use plastic. And while these new figures are daunting, the researchers say that recognising the source and the scale of this problem is the first step in stemming the worldwide tide of plastic pollution.

How many people in the global south have no access to formal waste collection?