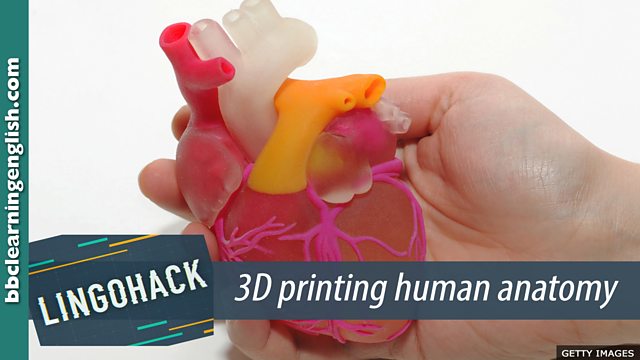 anatomy – the structure of a plant or animal

organs – parts of the body that do a specific job

abdomen – (here) part of the human body where the stomach is

Medical students attempting what many of us might see as impossible - trying to learn and memorise human anatomy. It really is no mean feat.

Professor Reddy Mogali, Head of Anatomy, Lee Kong Chian School of Medicine
There are so many structures in the body. The organs in the abdomen - they're relatively easy - but the head and neck anatomies, I felt, is a more complex because of the intricate structures.

Traditionally, students have used plastic models to learn about the body, but they're rigid and generally not anatomically accurate. They're also plastinated cadavers, real human bodies injected with Plasticine, but they also have their drawbacks.

And because they're actual human bodies, they are very hard to come by. Professor Mogali was searching for a better way.

Professor Reddy Mogali, Head of Anatomy, Lee Kong Chian School of Medicine
So, when I was reading, I learnt about 3D printing technology. I thought, 'OK, we can also use this technology.'

Others in the field were 3D printing models of human body parts. Professor Mogali took this a step further. He realised if they used multiple different materials, they can make parts of the body, such as the veins or bones, feel different and even be different colours. Here after 15 hours on the printer, you have an anatomically correct model of the heart.

Relatively cheaper and easier to replicate, they can be used in countries that might otherwise, perhaps for religious reasons, not have access to real human cadavers, helping to better educate the next generation of doctors.

They are rigid and generally not anatomically accurate.

Did you know?
According to a 2009 Japanese study, the human body is bioluminescent – it gives off light naturally, but it's not strong enough for our eyes to see. Humans glimmer.