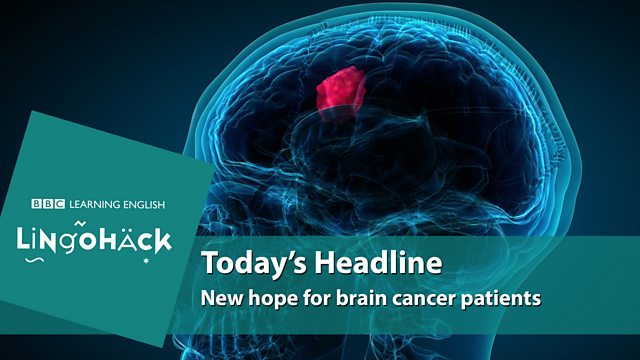 tumour – a group of diseased cells, often in a lump

This is a glioblastoma. It was found three years ago in Nigel's brain. Now all traces appear to have gone.

Nigel is a patient at London's King's College Hospital. And one of more than 300 volunteers on a trial of a personalised vaccine.

The trial extended average survival from 17 to 23 months. One in three patients survived for 40 months. And a few are still alive seven years on.

So how does the treatment work?

First surgeons remove the patient's tumour. They mix it with cells from their immune system. Once outside the brain, the tumour cannot hide from the body's defences. And the immune cells learn to attack it.

These cells are turned into a personalised vaccine, individual to each patient who receives it.

Kat Charles was not part of the trial. So she paid to have the vaccine privately three years ago.

Every six months, she has a top-up injection. And so far, there's no trace of her tumour.

3000 people a year in the UK are diagnosed with glioblastoma. So an effective immunotherapy vaccine would be a significant advance in the treatment of brain cancer.

It is made from the patient's tumour and cells from their own immune system.

Learning a second language might boost brain power. The US researchers from Northwestern University say bilingualism is a form of brain training - a mental "work-out" that fine-tunes the mind.