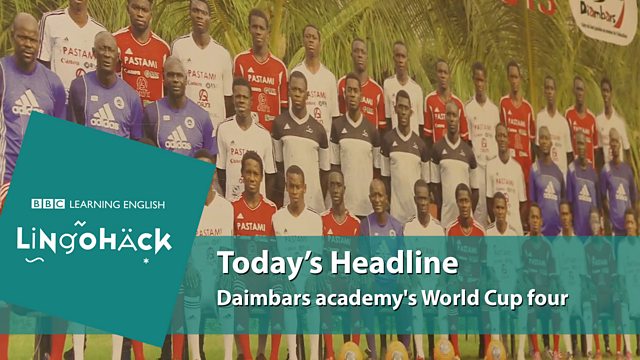 passion –strong interest or enthusiasm for something

motivation – something which causes a desire to do something

inspiration – a good example that people admire and wish to copy

On the fields where it all started, Everton Football Club's Idrissa Gana Gueye, looks like he never left. He's very much at home, just like he was when he first arrived as a young boy some 15 years ago.

His passion for the game remains the same; so is that of his childhood friends: Papa Ndiaye of Stoke City in England, Kara Mbodji of Anderlecht in Belgium and Saliou Ciss of Angers in France. Together they are the first Diambars football academy graduates to go to the World Cup.

Makhtar Mbow was part of their group, but injuries ended his career. He's now in charge of the academy's operations.

Success here doesn't just mean a breakthrough in football. The emphasis is on education alongside football. These World Cup-bound players see their own success as a collective achievement for the academy.

The fact that they serve as an inspiration has not been lost on the famous four. As they left Senegal for Russia, they knew this would be as much a World Cup appearance for their country as it is for Diambars football academy.

It is thought that the name Senegal originated when 16th century Europeans visited the country's coast. They misunderstood when local fishermen said 'sunuu gaal', which means 'our boats'.