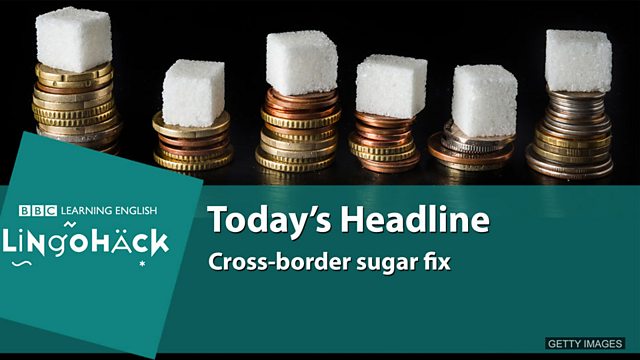 half the price – 50 percent of the cost

policies – set of plans or actions (here set by government)

fall in consumption – reduction in the amount eaten

The traditional, unchanging face of winter in Oslo - Norway's capital. What's different this year is that buying chocolate and sweets to restore energy after some seasonal exercise has become a lot more expensive.

A sugar tax, which Norwegians have got used to paying over many decades, has gone up dramatically in January - more than 80 percent.

But there's a faster flow of sweets two hours' drive from Oslo. Over the border in Sweden, where there's no sugar tax, there are vast candy shops like this one. They're trying to entice Norwegian shoppers with products which are half the price.

The sugar tax in Norway goes back to the 1920s and was introduced as a revenue-raising measure. The government believes it's helped keep obesity levels relatively low, along with efforts to get food companies to reduce sugar content.

Åse Michaelsen, Public Health Minister of Norway
"We’ve managed now to stabilise the obesity of children and young people and I'm happy about that. It means that what we have done until now had been functioning on the right way."

Other countries planning similar policies will watch with interest. Perhaps it will lead to a fall in consumption, or perhaps it won't make much difference - especially to Norwegians with more of a taste for exercise than sweets and sugary drinks.

It says it helps to stabilise obesity levels and keeps them relatively low.

Some blueberry muffins sold by cafes and supermarkets contain up to eight teaspoons of sugar - more than the recommended daily intake limit of seven.
(Action on Sugar and the Obesity Health Alliance)