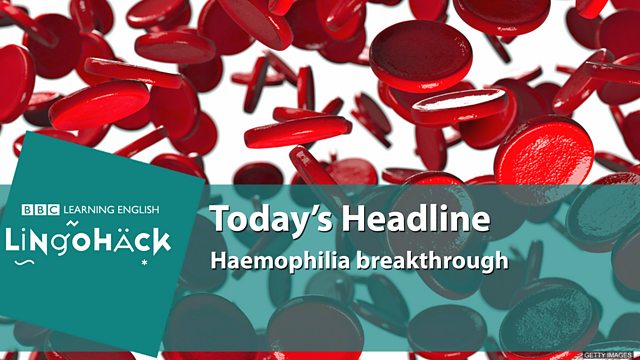 genetic defect - fault with a part of the DNA in a cell that controls the physical development or behaviour of someone. It's passed on through generations.

What was used to give Jake's body new genetic instructions for clotting blood?

Walking two miles to work used to be unthinkable for Jake Omer. He was born with haemophilia A, a genetic defect that means his blood did not clot.

The slightest injury used to mean severe bleeding. Even a long stroll would cause bleeding in his joints. But no more.

“I think the gene therapy has hopefully given me a new lease of life.  It's going to allow me, when as my boys grow up, to be a lot more active with them - to kick footballs around, to climb trees with them, to hopefully run around in the park with them - and not be someone who's got to worry about what I'm doing.”

Jake was one of 13 patients given pioneering gene therapy last year. A virus was used to give his body new genetic instructions for clotting blood. All of the trial patients are off the haemophilia medication and 11 have roughly normal levels of blood clotting proteins.

Professor John Pasi, lead researcher, Barts and Queen Mary University of London
“This is huge!  It's ground-breaking because the option to think about normalising levels in patients with severe haemophilia is absolutely mind-blowing. To offer people the potential of a normal life when they have had to inject themselves with Factor VIII every other day to prevent bleeding is transformational.”

Large studies will now take place to see if gene therapy can replace these regular injections and truly transform the lives of patients.

What was used to give Jake's body new genetic instructions for clotting blood ?

A virus was used to give his body new genetic instructions for clotting blood.

Red blood cells carry oxygen around the body. White blood cells are the body's defence mechanism. They seek out and destroy bacteria, viruses and fungi.