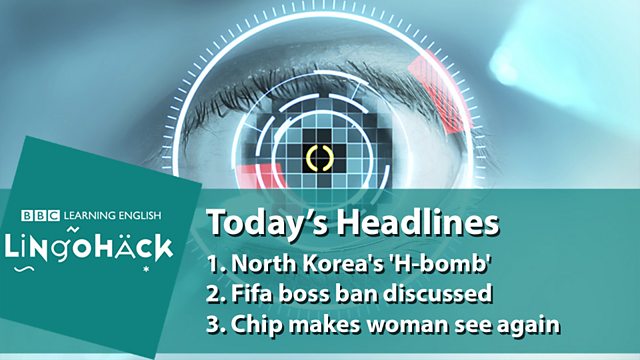 Fifa's ethics committee has recommended imposing a nine-year ban on the governing body's suspended secretary general Jerome Valcke. The committee has also asked for a fine of about $100,000 to be imposed against him. Mr Valcke, the number two to Sepp Blatter, denies misusing expenses and breaking the rules at Fifa.

3. Terry was ________ from the company pending an investigation after he took money from the safe.

1. The government announced a tax rise at the end of the year.

2. After the accident, Mary was back to work as a typist thanks to her bionic hand.

3. Terry was suspended from the company pending an investigation after he took money from the safe.