Unit 1: Go beyond intermediate with our new video course
Onward and upward

Learn the language you need to know to talk about the news. Finn and Neil have been searching the web for the words and phrases used to report the story of James Bond and the Indian censors.

He's probably the world's most famous spy. James Bond has a licence to kill, but in India it seems he doesn't have a licence to kiss. Finn and Neil review the story about what the censors have done to the latest 007 film, Spectre.

Watch the programme and then see what you've learned with a short quiz. 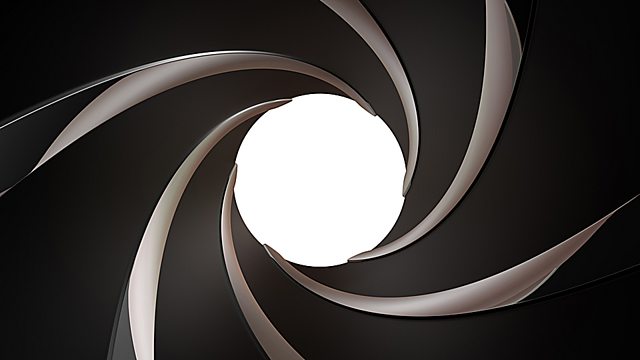 India's film censors have ruled that long kissing scenes in the new James Bond film Spectre are not suitable for the country's audiences. The Mumbai-based Central Board of Film Certification has made cuts to two scenes from the movie.

He may have a licence to kill, but the world's most famous secret agent doesn't have the licence to kiss – at least in India. The country's censor board has snipped off a few seconds from the latest James Bond film Spectre in which he's seen kissing his female co-stars. The censors say the scenes are unnecessarily long. But Indians have taken to social media to ridicule the cuts. One suggested that Bond may as well trade his martini for milk while another said he would have to introduce his girlfriends to his mother before seducing them.

to censor
to remove parts of books, films, letters etc. thought to be offensive or inappropriate

a censor
a person whose job is to remove parts of books, films, letters etc. thought to be offensive or inappropriate

censorship
the process of removing parts of books, films, letters etc. thought to be offensive or inappropriate

to ridicule
to make jokes about something in an unkind way

make a mockery (of something)
make something seem useless or stupid

Try these questions to test your ability to use the words from this News Review.

Do you have 'a licence to fill'?

This word describes a process.

Help
Which word or expression CAN'T you use in this sentence? Don't ______ me just because you don't like my idea.
a make a mockery V2VsbCBkb25lLCB0aGF0J3MgcmlnaHQuIFlvdSBuZWVkIHRoZSBwcmVwb3NpdGlvbiAnb2YnIHRvIHVzZSB0aGlzIGV4cHJlc3Npb24gY29ycmVjdGx5Lg==
b mock VGhhdCdzIG5vdCByaWdodC4gWW91IENBTiB1c2UgJ21vY2snIGluIHRoaXMgc2VudGVuY2Uu
c ridicule VGhhdCdzIG5vdCByaWdodC4gWW91IENBTiB1c2UgJ3JpZGljdWxlJyBpbiB0aGlzIHNlbnRlbmNlLg==

Do you need a single word, or would a group of words be better?

We asked you to find a word in this News Review which is also in the title of a very famous American novel. The answer is 'mock' and the novel is called To Kill a Mockingbird. Well done if you got that right!

Learn more about this story in News Report.