Archaeologists have made an exciting discovery in Pompeii. Catherine and Neil teach you the language the world's media is using to discuss this story.

Archaeologists have discovered a hidden treasure in the ancient Roman city of Pompeii.

Which is the odd one out?

a) sorcerer
b) wizard
c) witch 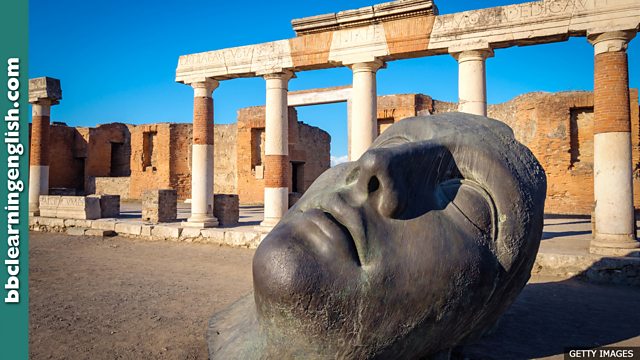 Archaeologists in the Roman city of Pompeii have discovered a treasure trove of good luck charms and fertility amulets that they think may have been used for casting spells by a Roman sorcerer. Among the articles discovered were scarab beetles from the Middle East made of amethyst.

• Anti-terror police discovered a weapons cache in the basement of a house.
• If your computer is slow, you can try clearing the cache.

unearthed
found hidden after a search

• They unearthed the treasure buried in someone's garden.
• Investigative journalists try to unearth the truth.

There are two letters 'c' in this word.

Which prefix means 'not'?

The correct definition carries the idea of discovering something that was hidden.

There are lots of possible answers, but we've chosen c) witch as the answer because options a) sorcerer and b) wizard refer to men, whereas c) witch usually refers to women.