How can being polite get you a cheaper cup of coffee? Read an article about a French cafe where they reward customers who say 'please' when they order a drink. We also want to hear from you - tell us how to be polite where you live. And have you ever wanted to be a famous sporting celebrity? News Report is about the lives of sports stars.

Lots of people dream of becoming a famous sports personality like the Wimbledon-winning Williams sisters, Venus and Serena. Fame and money make people think life is easy for international sportsmen and women, but the reality can be far from perfect.

News Report looks at what life may be like for less successful athletes - their struggles to make a living and what problems they may face when they hang up their sports kit. 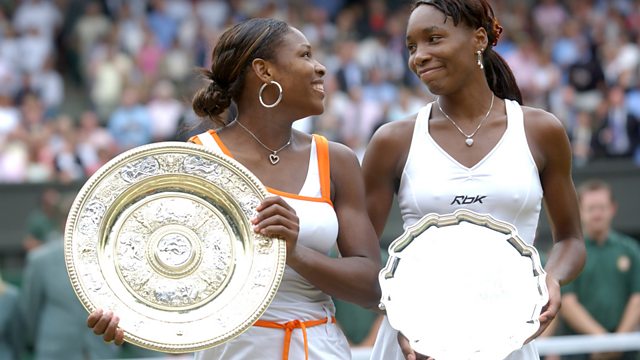 Have you ever wondered what it's like to be a professional tennis player? The glamour, the travel, the adulation, the money.

It sounds like a fantastic lifestyle but this only comes to the most successful. For many struggling professionals life is very different.

When Li Na retired from tennis in 2014 she had earned $24 million in the twelve months before her retirement. Compare this to the British player Jamie Baker. In his nine years as a professional he earned a more modest $550,000.

Without big sponsorship deals less successful sportsmen and women often have to pay for everything themselves. If they are not winning, they can find themselves living in their cars and travelling around to small tournaments just to make enough money to pay for the petrol.

Some have to give up the sport they love and start a new career. What opportunities are there for ex-tennis-players? The game's governing body, the Lawn Tennis Association (LTA) has a Senior Performance Lifestyle Advisor who says that most tennis players have few qualifications. Many have sacrificed their education to devote all their time to the sport.

Without academic qualifications it can be hard to find a new job but professional sports people do have skills that are transferable. Skills like motivation, commitment, drive and focus. These attributes are highly regarded by employers and have led many to successful new jobs away from the tennis court.

You can download News Report on our Unit 21 Downloads page (size: 4.4MB).

adulation
strong support and admiration from lots of people

more modest
not so impressive

drive
strong determination to do something

focus
ability to concentrate on a goal

That's it for this session. You've learnt that being polite really does pay! And a good way to be polite is to use the indirect questions we've seen in this unit. In the next session, you can hear our brand new drama, Alice in Wonderland. You'll also be able to test what you have learnt in the weekly quiz.