Why has Nike ended its relationship with Maria Sharapova? Learn more about this story and the language you need to talk about it, with Neil and Finn.

The Russian tennis star Maria Sharapova has failed a test for a banned drug and one of her sponsors, Nike, has ended its relationship with her. In this video, Neil and Finn talk about the story and bring you some useful related language which appears on news sites around the world.

Which of these is NOT a phrasal verb? 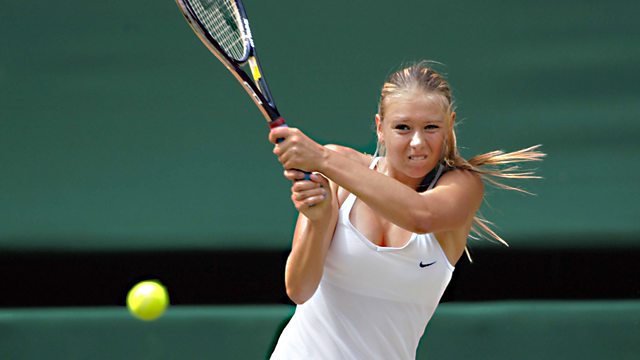 The sportswear company Nike says it's suspending its relationship with the Russian tennis star Maria Sharapova after she announced that she'd failed a drugs test at this year's Australian Open.

Nike said it would await the outcome of an investigation.

Sharapova earlier said she had tested positive for meldonium, a drug used to treat blood flow restriction, and had failed to notice that the tennis authorities had moved it to the list of banned substances last December. She said that she had let her fans down.

Throughout my long career I have been very open and honest about many things and I take great responsibility and professionalism in my job every single day and I made a huge mistake.

suspend
stop something for a period of time

tarnishing
making people have a lower opinion of something or someone

This story is about a sponsor's reaction

Help
True or false: Maria Sharapova has been banned from playing tennis after failing a drug test.
a True U29ycnksIHRoYXQncyBub3QgcmlnaHQuIE1hcmlhIFNoYXJhcG92YSdzIHNwb25zb3IgTmlrZSBoYXMgZW5kZWQgaXRzIHJlbGF0aW9uc2hpcCB3aXRoIGhlci4=
b False V2VsbCBkb25lISBUaGF0J3MgdGhlIHJpZ2h0IGFuc3dlci4gTWFyaWEgU2hhcmFwb3ZhJ3Mgc3BvbnNvciBOaWtlIGhhcyBlbmRlZCBpdHMgcmVsYXRpb25zaGlwIHdpdGggaGVyLg==

Which phrasal verb with 'let' means 'disappoint by not reaching the expected standard'?

Help
Finn was late for work today. Neil feels Finn ______.
a let him down V2VsbCBkb25lISBUaGF0J3MgdGhlIHJpZ2h0IGFuc3dlci4=
b let him off VGhhdCdzIG5vdCByaWdodC4gJ0xldCBvZmYnIG1lYW5zICdub3QgcHVuaXNoIHNvbWVvbmUnLg==
c let him over VGhhdCdzIHdyb25nLiAnTGV0IG92ZXInIGlzIG5vdCBhIHBocmFzYWwgdmVyYi4=

What part of speech does this word need to be?