Unit 8: News Review
How to use the language from the latest news stories

Google has been fined $57 million for breaking new European data laws. Neil and Dan teach you the language the media is using to discuss this story.

Google has been fined by a French regulator for breaking new European laws aimed at protecting people's data. The company hasn't kept users "sufficiently informed" about how it collects data to personalise advertising, according to the regulator.

Which word fits in both gaps? 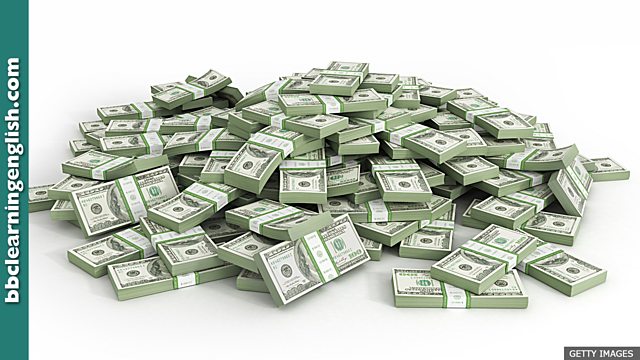 France has fined Google $57 million for breaching new European Union laws on data and content. It's the biggest penalty so far for breaking the laws. French prosecutors said Google was not clear enough about how it was using people's personal information to target them with adverts.

• She's such a nice person that you'd never believe her murky past.
• The historical account is murky. No one knows what really happened.

to the tune of
to the amount of

• I'm going to flunk my English test – I don't understand anything!
• Dan nearly flunked out of university in his second year. Too much partying!

Help
You can't see fish in the Thames because the water is ______.
a flunky VGhhdCdzIG5vdCByaWdodC4gWW91IG5lZWQgYSB3b3JkIHRoYXQgbWVhbnMgJ3VuY2xlYXInLg==
b murky V2VsbCBkb25lISAnTXVya3knIG1lYW5zICd1bmNsZWFyJy4=
c vague U29ycnksIHRoYXQncyB3cm9uZy4gJ1ZhZ3VlJyBjYW4gbWVhbiAndW5jbGVhcicgYnV0IG5vdCBpbiB0aGlzIGNvbnRleHQu

It's a set expression.

Careful with the spelling.