Nasa has landed a probe on Mars. Neil and Tom discuss the language from this story.

The American space agency Nasa has put a robot on Mars. The first images of the red planet have already been sent back to Earth.

The mission to Mars has ____ successful. 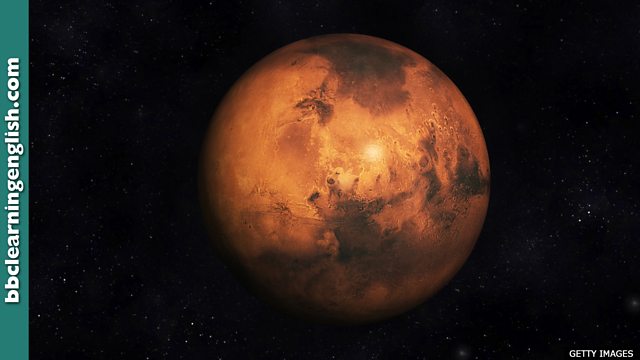 Scientists at the American space agency NASA say they are beginning to gather data from Mars after successfully landing a probe on the surface of the red planet.

The InSight spacecraft survived a perilous descent on Monday and has already sent back its first picture.

probe
a tool or piece of equipment used for finding information
• NASA’s probe will send soil samples back from Mars.
• An internal probe by the police department found evidence of corruption in the force.

touched down
landed
• The rocket touched down at six o’clock in the evening.
• The plane is scheduled to touch down in New York before continuing to Miami.

beating the odds
succeeding in a situation in which success is unlikely
• The oldest horse in the race is beating the odds! He’s going to win!
• Despite losing their first few games, they beat the odds and won the league.

Help
Nasa are ______ the surface of Mars.
a probing V2VsbCBkb25lIQ==
b touching down VGhhdCdzIG5vdCByaWdodC4gWW91IG5lZWQgYSB3b3JkIHRoYXQgbWVhbnMgJ2ludmVzdGlnYXRpbmcnLg==
c beating the odds VGhhdCdzIG5vdCByaWdodC4gWW91IG5lZWQgYSB3b3JkIHRoYXQgbWVhbnMgJ2ludmVzdGlnYXRpbmcnLg==

It's connected to working.

Help
A touchdown zone in an office is where ______.
a the bosses' helicopters can land. VGhhdCdzIG5vdCByaWdodC4gSXQncyBhIHRlbXBvcmFyeSB3b3JrIGFyZWEgd2hlcmUgeW91IGNhbiBwbHVnIGluIGEgbGFwdG9wIGFuZCBjb25uZWN0IHRvIHZhcmlvdXMgc3lzdGVtcy4=
b you can play sports VGhhdCdzIG5vdCByaWdodC4gSXQncyBhIHRlbXBvcmFyeSB3b3JrIGFyZWEgd2hlcmUgeW91IGNhbiBwbHVnIGluIGEgbGFwdG9wIGFuZCBjb25uZWN0IHRvIHZhcmlvdXMgc3lzdGVtcy4=
c you can plug in a laptop and connect to various systems. V2VsbCBkb25lIQ==

Succeeded in a situation in which success is unlikely.