The man who created many of the most famous Marvel Comics superheroes has died. Neil and Dan discuss the language from this story.

The man behind the superheroes dies

The American comic book writer Stan Lee, who developed many superheroes for Marvel comics, has died at the age of 95.

This word means 'producing a great number or amount'. How do you spell it?
a) prelifik
b) proleefic
c) prolific 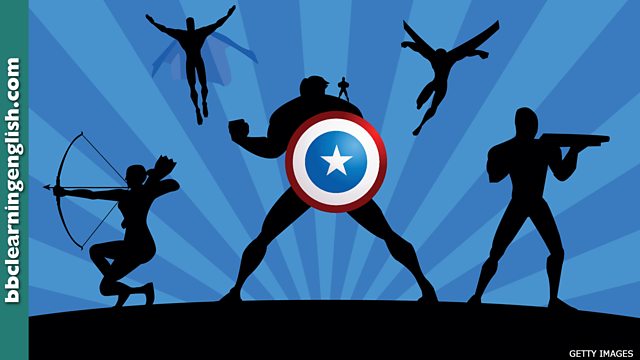 The comic book writer and editor, Stan Lee, who redefined the superhero genre at Marvel Comics, has died in Los Angeles. He was 95. During a prolific career, Stan Lee co-created a universe of heroes, including Spider-Man, The Incredible Hulk and Captain America.

His characters attracted huge audiences by combining superpowers with human frailty and moral complexity. Films based on his creations have made more than $20 billion in cinemas across the world.

geek
person with highly detailed knowledge about a subject
• Dan's a comic book geek. Ask him anything and he'll know the answer.
• You're such a geek! No one else knows half of the stuff you do!

Some people don't pronounce the final vowel sound /ə/ in this word, but there is a letter there when we spell it.

Help
What is the correct spelling of this word, which means 'very famous and well known'?
a legendry U29ycnkgdGhhdCdzIG5vdCByaWdodC4gQWx0aG91Z2ggbWFueSBwZW9wbGUgZG8gbm90IHByb25vdW5jZSB0aGUgbGV0dGVyICdhJyBpbiB0aGlzIHdvcmQsIGl0IGlzIHNwZWx0IHdpdGggYW4gJ2EnLg==
b legendary V2VsbCBkb25lIQ==
c lejendary VGhhdCdzIG5vdCByaWdodC4gU29tZXRpbWVzIHRoZSBsZXR0ZXIgJ2onIGlzIHByb25vdW5jZWQgL2TKki8sIGJ1dCBub3QgaW4gdGhpcyB3b3JkLg==

This word's meaning has developed.

Help
If we use the word 'geek' to describe someone, is it always positive, always negative or either positive or negative?
a always positive VGhhdCdzIG5vdCByaWdodC4gU29tZXRpbWVzICdnZWVrJyBpcyB1c2VkIHdpdGggYSBuZWdhdGl2ZSBzZW5zZS4g
b always negative VGhhdCdzIG5vdCByaWdodC4gU29tZXRpbWVzICdnZWVrJyBpcyB1c2VkIHdpdGggYSBuZWdhdGl2ZSBzZW5zZS4g
c either positive or negative V2VsbCBkb25lLiBUaGlzIHdvcmQgY2FuIGJlIHVzZWQgaW4gZWl0aGVyIHdheS4=

This use of 'Godfather' is not connected to religion or the Mafia.