"Will you marry me?" Surprise proposal at the Emmys

"Will you marry me?" - proposal at the Emmys

There was a surprise at the Emmys last night. TV producer Glenn Weiss proposed to his partner from the stage after he received an award.

Jan Svendsen made her way up to the stage to accept the proposal.

Weiss won his award for work he did on the Oscars ceremony.

a) shadow
b) thunder
c) cheese 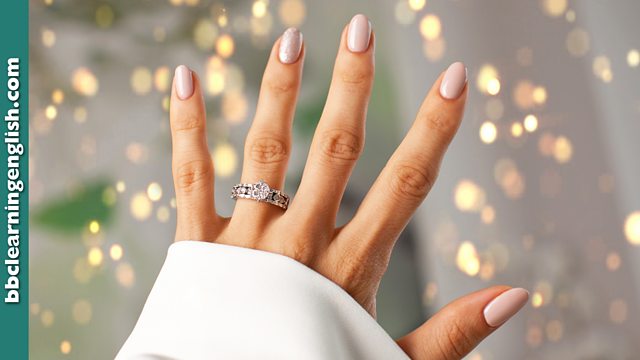 Claire Foy won her first Emmy for playing the Queen.

The big drama and comedy awards went to the fantasy Game of Thrones and 50s period piece The Marvelous Mrs Maisel.

But everyone was upstaged by Glenn Weiss, who won for directing the Oscars TV show and used his acceptance speech to propose to his girlfriend.

steals the show
becomes the most impressive thing at an event
• Your birthday should be about you but Li always steals the show. Don't invite her.
• The concert was great, but when a child jumped on the stage, he stole the show!

lost it
lost control
• When the boss found out the team hadn't finished yet, he completely lost it.
• Juan is so funny! Whenever he makes jokes, everyone just loses it.

It's a fixed expression

'To lose it' means to lose emotional control.