Nike's newest advertising campaign, featuring Colin Kaepernick, is proving controversial in the US.

American football player Kaepernick famously knelt instead of standing when the US National Anthem was played at games during the 2016 season. He said he was protesting at police brutality towards African Americans, which divided opinions as some people said his actions were unpatriotic.

A synonym of 'controversial' is:

a) contentious
b) agreeable
c) unbiased 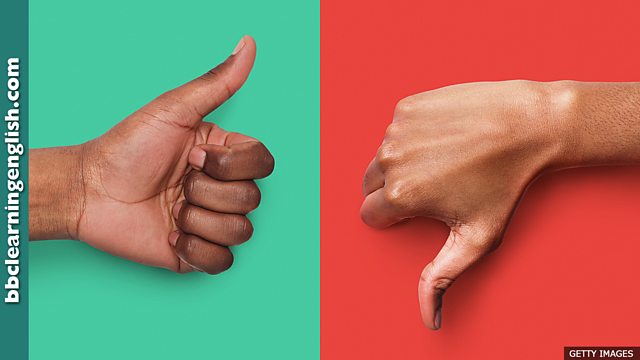 The sports giant Nike has said its latest advertising campaign will feature Colin Kaepernick, the former American football player, who led a protest against police brutality toward African Americans.

Kaepernick was a quarterback with the San Francisco 49ers for six years, but stirred a controversy in 2016 when he knelt down during the playing of the US national anthem before matches.

provocative
causing a reaction of anger, desire or thought
• After a provocative debate, both candidates waited to see the result of the vote.
• The television show was considered too provocative, and was cancelled.

exiled
forced out of a place or group, often for political reasons
• Napoleon was exiled to Elba after his defeat by the Allies.
• I lived for 20 years as an exile before I was allowed to return to my country.

litmus test
action that shows someone's real thoughts or opinions
• The by-election was widely seen as a litmus test for the national elections.
• His behaviour towards Annie is a litmus test of his attitudes to women in general.

There is a letter 'c' in this word.

Help
If an action is intended to cause a reaction of anger, desire, or thought, we can describe it as...
a provokative VGhhdCdzIG5vdCByaWdodC4gVGhlcmUgaXMgbm8gbGV0dGVyICdrJyBpbiAncHJvdm9jYXRpdmUnLg==
b provocative V2VsbCBkb25lISA=
c provockative VGhhdCdzIG5vdCByaWdodC4gVGhlcmUgaXMgbm8gbGV0dGVyICdrJyBpbiAncHJvdm9jYXRpdmUnLg==

Can we use this word on a personal level?

Help
Which sentence contains an INCORRECT use of 'exile'?
a I was exiled from the football team for constantly missing training. V2VsbCBkb25lISBUaGlzIGlzIGFuIGluY29ycmVjdCB1c2Ugb2YgJ2V4aWxlZCcuIFdlIHVzdWFsbHkgdXNlICdleGlsZScgaW4gcG9saXRpY2FsIGNvbnRleHRzLg==
b After the government fell, the ex-prime minister was forced into exile. U29ycnksIHRoZSB1c2Ugb2YgJ2V4aWxlJyBpbiB0aGlzIHNlbnRlbmNlIGlzIGNvcnJlY3QuIFdlIHVzdWFsbHkgdXNlICdleGlsZScgaW4gcG9saXRpY2FsIGNvbnRleHRzLg==
c Exiled from her country, the journalist continued to publish her blog from overseas. U29ycnksIHRoZSB1c2Ugb2YgJ2V4aWxlJyBpbiB0aGlzIHNlbnRlbmNlIGlzIGNvcnJlY3QuIFdlIHVzdWFsbHkgdXNlICdleGlsZScgaW4gcG9saXRpY2FsIGNvbnRleHRzLg==

This expression can be used literally and metaphorically.