One of Brazil's star players, Neymar, has admitted that at times he did indeed 'exaggerate' his reactions to being fouled at the 2018 World Cup.

One of Brazil's star players – Neymar – was criticised by many during the World Cup because he seemed to react very dramatically after being fouled. Now he's admitted that at times he did indeed 'exaggerate' his reactions. He also defended himself by saying that he suffered a lot on the pitch – meaning he got fouled a lot. Neil and Catherine discuss the key language from this story.

The past of dive is: 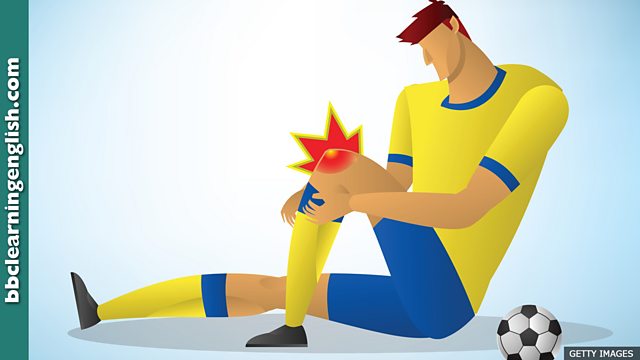 The Brazilian football star Neymar has admitted exaggerating his reactions to being fouled during the World Cup in Russia.

In a sponsor's advertisement broadcast on Brazilian television, Neymar responded to criticism of his conduct by saying he did exaggerate sometimes but he had suffered on the pitch.

faking
pretending something is real

• Faking illness to miss an exam can get you in serious trouble.
• He was sent to prison for faking banknotes.

confession
the act of admitting you did something wrong

• His murder confession led to a short trial.
• Rob's confession to biscuit theft came as no surprise to anyone.

There is only one double letter in this word.

There is an infinitive of purpose in the middle of this phrase.

Help
What is the correct word order for this phrase, which means 'return as a problem for someone for a long time'?
a come back to haunt someone V2VsbCBkb25lIQ==
b to haunt someone come back U29ycnksIHRoZSBjb3JyZWN0IG9yZGVyIGlzICdjb21lIGJhY2sgdG8gaGF1bnQgc29tZW9uZScu
c come back to someone haunt U29ycnksIHRoZSBjb3JyZWN0IG9yZGVyIGlzICdjb21lIGJhY2sgdG8gaGF1bnQgc29tZW9uZScu

The other words for 'fake' are more formal.

c) both. Dived is more common in British English; dove is more widely used in the United States and Canada.