A proposal for new powers for chemical weapons inspectors is being put forward - but not everybody is in favour.

But the proposal is being opposed by Russia.

Which body part completes this phrase, which means 'take responsibility for a problem or accident? '______ the blame'

a) nose
b) elbow
c) shoulder 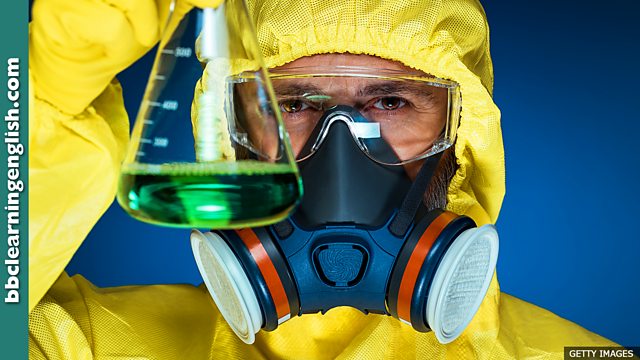 Britain will risk a fresh confrontation with Russia today when it seeks new powers for chemical weapons inspectors to say who is responsible for nerve agent attacks in Syria.

The Foreign Secretary Boris Johnson will use a special meeting of the Organisation for the Prohibition of Chemical Weapons in the Hague to table the proposals, which are opposed by Moscow.

square off
prepare to confront someone

• The two drivers are expected to square off in the final race of the season.
• They squared off for a moment before one man punched the other in the nose.

• The political party is ineffective because it has been weakened by internal discord.
• The planned casino created strong discord within the community.

• Plastic has become a highly politicised topic due to the ecological damage it causes.
• It was just a simple jumper, but the newspapers politicised it and turned it into an issue.

This word begins with the letter 'o'.

Help
The prime minister squared ______ for a row with his economics minister over the financial scandal.
a off V2VsbCBkb25lIQ==
b out U29ycnksIHRoYXQncyB3cm9uZy4=
c round VGhhdCdzIG5vdCByaWdodC4=

Think about British and American English!