A controversial policy which separates the children of illegal immigrants into the US from their parents has been defended.

A controversial policy in the US which separates the children of illegal immigrants has been defended by the country's government. Critics say the policy has damaged America's reputation abroad.

A reputation based on something negative is called…

a) prestige
b) notoriety
c) standing 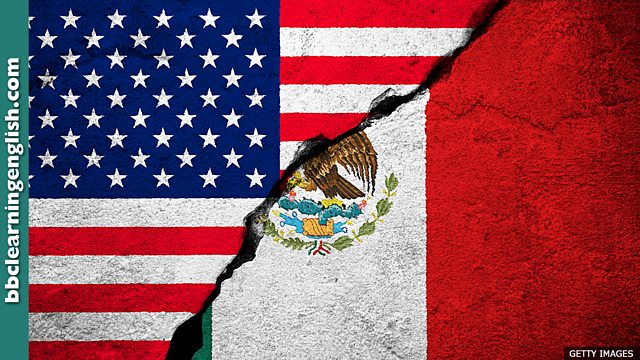 The Trump administration has firmly defended its policy of separating children from parents who are suspected of crossing illegally from Mexico - despite widespread criticism.

At a White House press conference, the Homeland Security Secretary, Kirstjen Nielsen, described the United States as a country of compassion and heart. She urged congress to change the law to resolve what she called "an illegal immigration crisis."

rebuke
criticise someone for doing something wrong

• Management will rebuke any member of staff who arrives late for work too often.
• The ambassador was sternly rebuked for causing offense to the royal guests.

backlash
strong negative reaction to something

• The backlash against the government's tax increase forced a policy change.
• Despite the media backlash, the pop star would not apologise for what she had said.

standing by
supporting and defending something

• The CEO is standing by the staff, despite accusations of negligence.
• The manager stood by his goalkeeper even though he'd made a terrible mistake.

Is this a formal situation?

Help
The prime minister ______ his economics minister over the financial scandal.
a rebuked V2VsbCBkb25l
b told off V2UgZG9uJ3QgdXNlICd0ZWxsIG9mZicgZm9yIGhpZ2gtbGV2ZWwsIGZvcm1hbCBjcml0aWNpc20u
c backlashed VGhhdCdzIG5vdCByaWdodC4gJ0JhY2tsYXNoJyBpcyBub3QgYSB2ZXJiLg==

The meaning of a phrasal verb can change dramatically if you use the wrong preposition.