Unit 4: News Review
How to use the language from the latest news stories

The Brazilian trucker strike continues into a second week. Sian and Dan bring you the language you need to talk about this story.

It's been one week since Brazilian truckers began striking. They have been blockading major roads causing the country to slowly grind to a halt over the price of fuel. On Sunday, the government met and made concessions, but were they enough? At the moment, the strike continues...  Sian and Dan bring you the language you need to talk about this story.

a) a blockade
b) a blockage
c) a blockhead 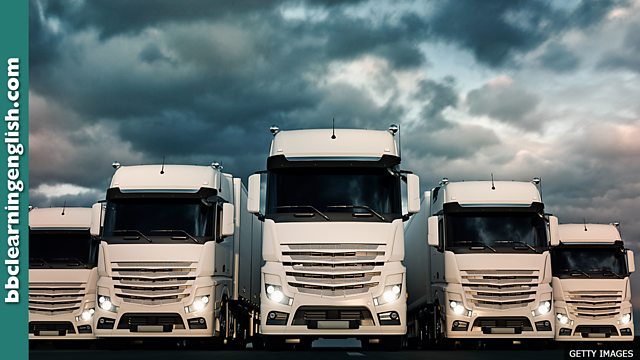 A trucker strike in Brazil that is crippling the country has not ended despite a government decision on Sunday to lower diesel prices.

Many truckers are continuing their blockades across hundreds of highways in most states.

Brazilian officials said they feared radical militants were getting involved.

Eight airports are still closed and traffic at Brazil's main port of Santos has diminished to a trickle. But the Brazilian president Michel Temer says he's confident the strike will end within days.

scarce
difficult to get or find

amplifies
increases the effect of something

difficult to get or find

Help
Cerium is a very ______ element. It's much less common than iron.
a scarce V2VsbCBkb25lIQ==
b amplifiy U29ycnksIHRoYXQncyB0aGUgd3JvbmcgYW5zd2VyLg==
c rattle U29ycnkhIFRoYXQncyBub3QgcmlnaHQh

Check the form of the words carefully!

Help
It's better to try and end an argument as soon as possible. Holding a grudge only ______ feelings of resentment.
a amplify U29ycnksIHRoYXQncyBub3QgdGhlIHJpZ2h0IGZvcm0gb2YgdGhlIHZlcmIu
b amplifyes U29ycnkuIFRoYXQncyBub3QgcXVpdGUgdGhlIHJpZ2h0IHNwZWxsaW5nIQ==
c amplifies V2VsbCBkb25lIQ==