Unit 3: News Review
How to use the language from the latest news stories

Reports from South Africa say that the ANC have asked President Zuma to step down. Dan and Catherine teach you the language the world's media is using to discuss this story.

Reports coming in from South Africa state that after a 13 hour meeting, the ANC, South Africa's ruling party, have asked leader and president, Jacob Zuma, to step down.

Reports from South Africa say that President Zuma has been asked to stand down, meaning ‘resign’. But which of these can also mean ‘resign’? 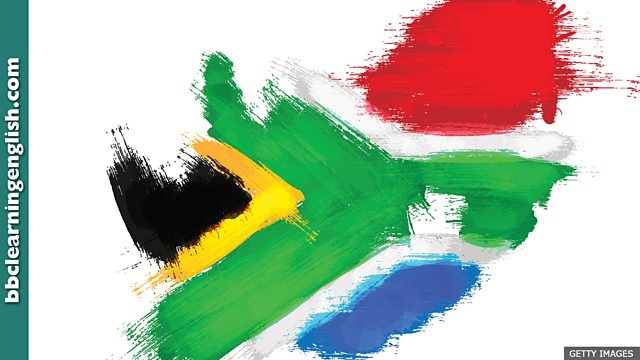 Reports in South Africa say the governing ANC has demanded that Jacob Zuma stand down as president of the country.

fumbles
does something ineffectively or awkwardly

digs in (his) heels
refuses to co-operate

Help
The early voters tend to stay with their chosen political party, but the late ones often ______ between the two leading parties at the time.
a fumble VGhhdCdzIG5vdCByaWdodC4gVGhlIHdvcmQgeW91IG5lZWQgbWVhbnMgJ2NoYW5nZSByZXBlYXRlZGx5IGJldHdlZW4gdHdvIHN0YXRlcycu
b seesaw V2VsbCBkb25lIQ==
c dig their heels in VGhhdCdzIG5vdCByaWdodC4gVGhlIHdvcmQgeW91IG5lZWQgbWVhbnMgJ2NoYW5nZSByZXBlYXRlZGx5IGJldHdlZW4gdHdvIHN0YXRlcycu

Help
Despite the new evidence brought against him, the criminal ______ and didn't change his story.
a fumbled VGhhdCdzIG5vdCBjb3JyZWN0LiBZb3UgbmVlZCBhIHdvcmQgdGhhdCBtZWFucyAncmVmdXNlZCB0byBjby1vcGVyYXRlJy4=
b seesawed VGhhdCdzIG5vdCBjb3JyZWN0LiBZb3UgbmVlZCBhIHdvcmQgdGhhdCBtZWFucyAncmVmdXNlZCB0byBjby1vcGVyYXRlJy4=
c dug in his heels RXhjZWxsZW50IQ==

did something ineffectively or awkwardly

d) all of the above

We hope you enjoyed this episode of News Review. You can find more episodes here.