Unit 18: News Review
How to use the language from the latest news stories

Chloe Zhao has made history by becoming the first woman of colour - and only the second woman at all - to win the best director award at the Oscars. Her film: Nomadland. Learn vocabulary to talk about this story.

Nomadland wins at the Oscars

It was the Oscars on Sunday night and records were broken. Chloe Zhao, who was born in Beijing, became the first woman of colour to win Best Director for her film Nomadland – she’s also only the second woman to win the award in 93 years. The film also won in the Best Picture category, and Frances McDormand won her third Best Actor award for her role in the film. Neil and Catherine give you the vocabulary to talk about it. 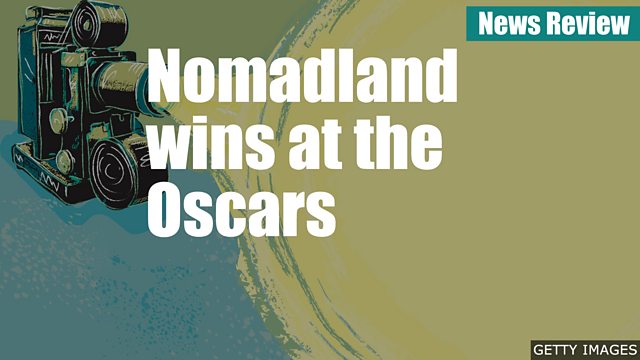 Nomadland. Nomadland won Best Picture, and its lead, Frances McDormand, won her third Oscar for her portrayal of a widow and her journey through grief and the American West. Nomadland’s director, Beijing-born Chloe Zhao, won her craft’s highest accolade – becoming only the second woman to win that category in the award’s 93-year history.

glory
praise and honour for a great achievement

snubs
actions that insult someone by not including them

Which expression means 'praise and honour for a great achievement'?

Which expression means 'occasion when someone wins something another person or team was expected to win'?

Help
No one expected the political party to win - it was a massive ______.
a upset WWVzISBUaGF0J3MgY29ycmVjdC4gV2VsbCBkb25lLg==
b snub Tm8sIHRoYXQncyBub3QgY29ycmVjdC4=
c glory U29ycnkuIFRoYXQncyBub3QgdGhlIHJpZ2h0IGFuc3dlci4=

Which expression means 'action that insults someone by not including them'?