Unit 12: News Review
How to use the language from the latest news stories

Goodbye 2019 and hello 2020! In this special episode, Neil, Catherine, Dan and Georgina take a look at the biggest stories of the year.

In this special edition of News Review, we bring you the biggest stories of the year and wish you a happy 2020! 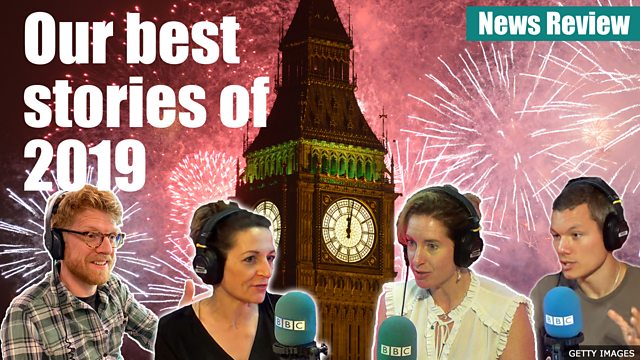 Notre-Dame fire under control
Senior fire officers in Paris say the blaze that's devastated Notre-Dame is now under control. The spire and roof of the medieval cathedral, one of the world's great religious landmarks, have been gutted. But the main structure, including the two towers, has been saved. A fireman has been badly injured.

Greta Thunberg's UN speech
Teenage climate change activist Greta Thunberg says: "People are suffering. People are dying. Entire ecosystems are collapsing. We are at the beginning of a mass extinction and all you can talk about is money and fairy tales of eternal economic growth. How dare you!"

Climate change report: rich must pay for poor
A study of how the world can adapt to climate change says the richest countries must invest billions of dollars to safeguard livelihoods, coastal cities, food and water supplies. The analysis has called for investment in early warning systems for storms and high tides and climate-resilient urban infrastructure.

priceless
so valuable that it cannot be priced

death stare
look of hatred aimed at a person

pay off
succeed and bring benefit

The suffix can be confusing.

Thing about the particle.