US President Trump has been accused of racism. Catherine and Dan teach you the language the world's media is using to discuss this story.

US President Donald Trump has been criticised for posting tweets directed at four non-white congresswomen.

'An extreme dislike or fear of foreigners' is known as: 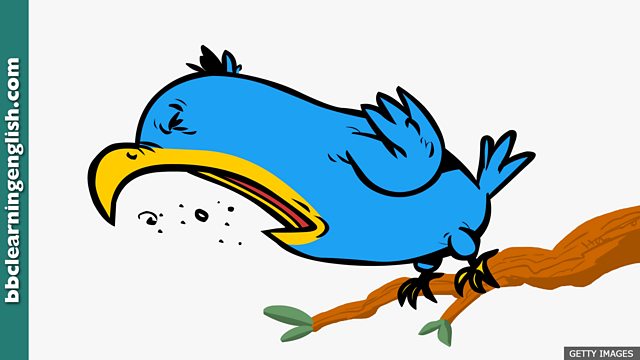 A group of Democratic congresswomen criticised by President Trump in a series of racially-charged tweets have accused him of pursuing a white-nationalist agenda. At a joint news conference, the four women - none of them white - condemned what they called the president's 'xenophobic comments'. One of them, Alexandria Ocasio-Cortez, said that all American citizens had a right to be in the US - no matter the colour of their skin or their religion.

circulating
pass around and through a group or system

• Make sure to wash your hands. There's flu circulating at the moment.
• Once the news had circulated around the company, the CEO called a meeting.

• After his anger-fuelled rant, the lecturer had a headache and needed to lie down.
• I always feel better after a good rant – it clears all your frustrations!

take the bait
react to provocation

There is no letter 'e' in this word.

The first and last words in the correct answer start with the same letter.

Help
Which phrase means 'complain angrily for a long time whilst not making much sense'?
a rant and rave V2VsbCBkb25lIQ==
b pick and mix U29ycnksIHRoYXQncyB0aGUgd3JvbmcgcGhyYXNlLiAnUGljayBhbmQgbWl4JyBpcyBhIHdheSB0aGF0IHNvbWUgc2hvcHMgc2VsbCBzbWFsbCBpdGVtcyBsaWtlIHN3ZWV0cy4=
c give and take U29ycnksIHRoYXQncyB3cm9uZy4gJ0dpdmUgYW5kIHRha2UnIHJlZmVycyB0byBjb21wcm9taXNlLg==

'Circulate' means 'pass around and through a group or system'.