Welcome back to Student Life – the series where we follow real distance learners at work, rest and play. Each time we hear from one student about how they deal with the challenges of distance learning – and how they succeed! Let's meet the next student! This time we meet Ruth and find out how she develops her critical thinking skills!

Thinking critically in your studies

Ruth is a champion kickboxer – so she's no stranger to confrontation and having to think at critical moments. But being a successful distance learner means a different kind of critical thinking. She's studying Humanities and her distance learning experience means she has a lot of tips to share!

Scroll down to watch Ruth's video and find the keys to critical thinking!

Ruth gets critical with her thinking 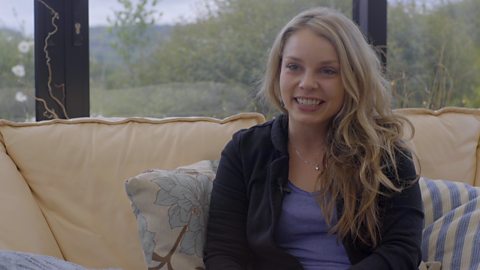 Ruth's experience as a martial arts champion, school supervisor and distance learner means she often needs to think critically to succeed. Watch the video to find out how she stays on top of her studies.

While you watch, listen for what Ruth says about CHALLENGING what you read, looking at BOTH SIDES of arguments or discussions, and HEDGING your language (write your answers down if you like). You can check your answers – in an activity – later on this page. 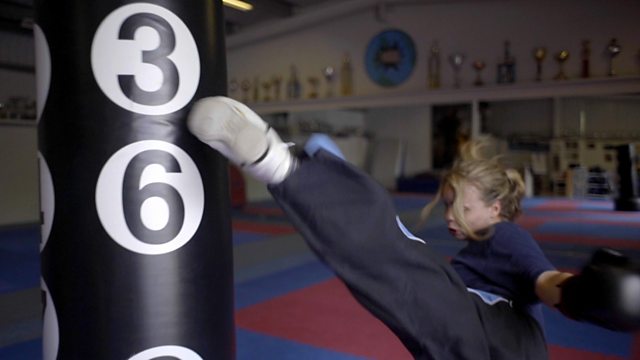 Ruth
I started kickboxing when I was nine years old. I've won some British titles, some European titles, I won a world title in Greece. I went through a stage of competing almost every single weekend somewhere different around the country, which has been such an amazing experience.

I did a year at college and I just got a little bit fed up, because I thought, "I want to be out there doing something." It felt like I'd spent too much time at school then. My brother really, was really keen on opening a martial arts gym. So, we opened a martial arts gym and I was teaching there full time. I really got the buzz out of teaching someone something new and seeing people improve, and then I got to a stage where I thought, "I want to be teaching people, but in a different setting, and I'm going to follow my childhood dream of becoming a teacher."

I work in a secondary school as a cover supervisor. Some days it might be maths, English, science, geography: it could be any subject, any age, any class. So, it's really nice because I get a huge variety of students to work with, different teachers to work with as well, and I learn lots as well. I take home so much.

Well, I've lots of responsibilities: I work five days a week at the school. When I get home from school, I have something to eat; then it's all the study books that come out. So, it's really, I'm working every single day, in the evenings, on my assignments, and then over the weekends as well. I also enjoy lots of different hobbies, being outdoors, and I've got a partner, which is also - a relationship, it's something else you need to weigh up. So it is a lot of different things going on, but you only live once, so I think, "Do as many things as I can."

This is my fourth year with distance learning studying. I'm studying for a BA Honours in humanities. Half is English language and half is religious studies. I've had a really positive experience. And every year I see myself improving. I had no idea what critical thinking was. Everything I read I just thought, "Oh, that must be right," but now I know that I can challenge it, and that as long as I've got evidence or even my own opinion, they're not always right.

Writing critically was difficult at the start. There was an online activity about critical understanding, where you had different sections of different peoples' work and you had to look at critiques: look at ideas that were against them, ideas that were for them, and you worked your way through this online activity. And I found that really, really useful.

There were activities where you had to pick out the key words that you had to use, and I literally followed it step by step. There was a lot of hedging, it's called, where you say, "So and so suggests," or things like that, so they're always the good words to look out for. And then obviously you've got the "howevers," which are looking at the other side of the argument as well.

Ruth talked about challenging what you read, looking at both sides of things and hedging your language. Did you get it? Try the activity to check your answers.

Ruth said she used to read and think "Oh, that must be right" but now she thinks differently

Help
Ruth said you should not challenge what you read – true or false?
a True U29ycnksIHRoYXQncyBub3QgcmlnaHQuIFJ1dGggc2FpZCBzaGUgdXNlZCB0byByZWFkIGFuZCB0aGluayAiT2gsIHRoYXQgbXVzdCBiZSByaWdodCIuIE5vdyBzaGUga25vd3MgeW91IGNhbiBjaGFsbGVuZ2Ugd2hhdCB5b3UgcmVhZCB3aXRoIGV2aWRlbmNlIG9yIHlvdXIgb3duIG9waW5pb25zLg==
b False VGhhdCdzIHJpZ2h0ISBSdXRoIHNhaWQgc2hlIHVzZWQgdG8gcmVhZCBhbmQgdGhpbmsgIk9oLCB0aGF0IG11c3QgYmUgcmlnaHQiLiBOb3cgc2hlIGtub3dzIHlvdSBjYW4gY2hhbGxlbmdlIHdoYXQgeW91IHJlYWQgd2l0aCBldmlkZW5jZSBvciB5b3VyIG93biBvcGluaW9ucy4=

Help
Ruth said you only have to examine an argument from one point of view – true or false?
a True U29ycnksIHRoYXQncyB3cm9uZy4gUnV0aCBzYWlkIHlvdSBoYXZlIHRvIGJlIGNyaXRpY2FsLCB5b3UgaGF2ZSB0byBsb29rIGF0IGFsbCBhc3BlY3RzIG9mIGFuIGFyZ3VtZW50IG9yIGRpc2N1c3Npb24uIFJ1dGggImhhZCB0byBsb29rIGF0IGNyaXRpcXVlcyIg4oCTIHNoZSBmb3VuZCB0aGlzIHVzZWZ1bCBmb3IgY3JpdGljYWwgdGhpbmtpbmcu
b False VGhhdCdzIHJpZ2h0ISBSdXRoIHNhaWQgeW91IGhhdmUgdG8gYmUgY3JpdGljYWwsIHlvdSBoYXZlIHRvIGxvb2sgYXQgYWxsIGFzcGVjdHMgb2YgYW4gYXJndW1lbnQgb3IgZGlzY3Vzc2lvbi4gUnV0aCAiaGFkIHRvIGxvb2sgYXQgY3JpdGlxdWVzIiDigJMgc2hlIGZvdW5kIHRoaXMgdXNlZnVsIGZvciBjcml0aWNhbCB0aGlua2luZy4=

Remember: hedging language includes using verbs like 'suggest' to show other people's ideas and conjunctions like 'however' to look at other sides of an argument

But before we finish, let's take another look at Ruth's tips for successful critical thinking.

There's lots more about Ruth and her distance learning experience that you can see by visiting our partner The Open University. Click on The OU 'Where next?' link to find out more.