The body of missing man, Jamie Phelps, has been found on the beach. The detectives now need to work out the time he fell from the cliffs. Was it suicide or did someone push him - and if he was pushed, who did it and why? Keep following our exciting crime drama, Father and Son.

The detectives need to work out how Jamie's body landed on the beach - was it murder or suicide? Keep watching across this week. 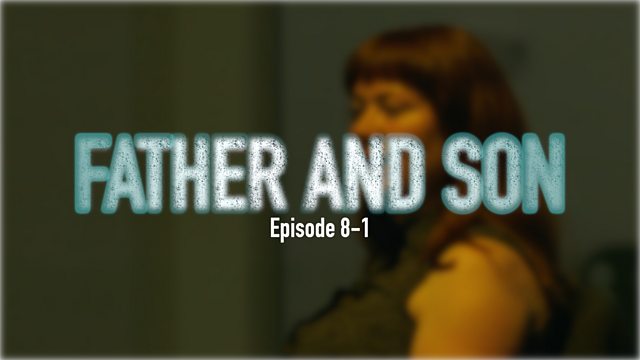 Nikesh
Cal, it’s nine o’clock. Can we call it a night?

Callie
You can if you want to. I’m not leaving until I’ve figured out… until something, somehow clicks into place.

Callie
Flipping postmortem. I want some sexy, brilliant but troubled, forensic scientist to waltz in, give me some actual results, flirt a bit and then bugger off. But no. They’ll try and get to it next week.

Callie
…but we need time of death. Because that ransom was either paid before or after Jamie Phelps died and if it’s after… then it’s got to be a murder. And if it’s a murder, someone is going to come in here and try to take this case off us.

Nikesh
Especially if we don’t actually have any leads. Or fully understands what’s going on.

THE STORY CONTINUES IN ACTIVITY 2. 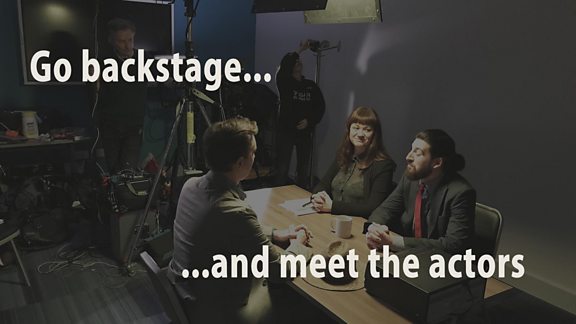 Tell us what you think of our drama. Send us your comments here.

Thanks for all your comments. Here's what some of you have been saying...

The actors are great in their performances and the mystery in each episode gets more interesting. Thanks a lot for this kind of programme.
Manuel, Chile

I think P.A of Jamie Phelps is way too interested in him and close to him in a diffirent way. She knows him very well and apparently every step he takes, even though his wife doesn’t. I think there is an affair between them and his wife knows it all. I think that she had known money was gone long before his disappearance, she planned all of this ransomware to blackmail him and when he had paid the money she got furious - maybe she killed him because she wasn’t expecting him to pay the money. And I think Arthur Montogomery helped him out with the loan because they were actually close, like he said, or maybe he was scared for this privacy.
Shay, Turkey

I think the chef is the most suspicious. He wears a cowboy hat on the cover of his cuisine book, like... Woody. Maybe he is directly implicated in the crime and Pip saw him!
Michela, Italy

I really love these new episodes of the crime drama. Thanks for what you've been making for the learners like me☺☺☺
Felizardo, Angola

I'm fond of this series . As I'm a big fan of crime drama and the British accent, I found this series absolutely astonishing. Thank you so much BBC and I hope you keep going.
Amani, Saudi Arabia

I'm enthusiastic about this way of learning English. Please, after the end of this drama involve us with another one.
Perfetti, Italy

I am greatly delighted with your new detective drama Father and Son! I have been following most of them with my student, but this one struck me with! superb acting and I felt as if it were a real life story. I am really looking forward to the next episodes.
Irene, Russia

You can download the audio and transcript for Episode 7 here.

Episode 8, part 2 will be available in the next activity.