Why some people are always late 一些人约会总是迟到的原因 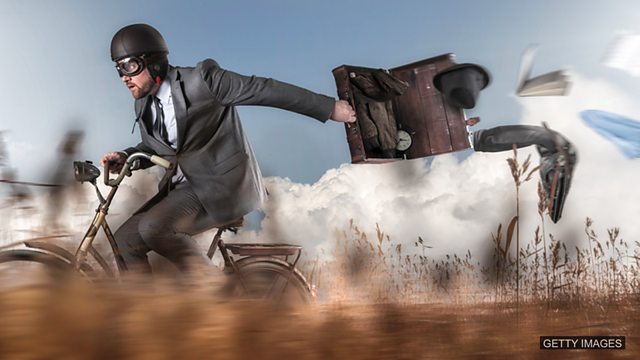 We all have one, don’t we? A friend who’s always late. The one who turns up for coffee a full half hour after the appointed time. The one who seems to be forever ‘stuck in traffic’. The dear pal who sends a message saying “Sorry, bit delayed”, when they’re already 20 minutes behind schedule. I mean, what kind of a friend is that? Or just maybe, if you’re really honest, this persistently tardy individual is actually you yourself?

Either way, if you’re on the receiving end, lateness can be extremely irritating, even infuriating. How on earth can people be so inconsiderate?

Well, recent research suggests that there might be more to this than simple rudeness. Psychologists from Washington University believe people perceive time differently. Their study gave participants a specific amount of time in which to complete a task, and even provided them with a clock. Despite this, some people became so engrossed in the activity that they completely lost track of time and forgot to check the clock.

According to psychologist Dr Susan Krauss Whitborne, from University of Masachussetts Amherst, this is like when we scroll through our social media feed and think only five minutes have elapsed, when in fact twenty have slipped by. Does that feel familiar? She writes in Psychology Today that those who were better at clock-checking were therefore “less reliant on their potentially flawed internal timekeeper.” So, what about the reasons beyond our faulty inner clocks?

Well, our personality also plays a role. Laura Clarke writes for BBC Capital that the less punctual among us often share traits such as “optimism, low levels of self-control, anxiety, or a penchant for thrill-seeking”.Why optimism, you ask? Optimists tend to overestimate how much they can achieve and underestimate problems – which means they don’t account for the long traffic jam on the way to meet you for that coffee.

Here’s another thought: maybe language is to blame? The English phrase ‘to be fashionably late’ is used to describe the optimum time to arrive at an event. If you’re too early, you can appear overly eager, but if you’re a bit late you seem cool and sophisticated. The problem is, what one person regards as fashionably late, another may view as plain impolite. So, next time you have coffee, do try to be on time.

1. Why are optimists more likely to be late?

2. Which is stronger: irritating or infuriating.

3. Is it a good idea to be ‘fashionably late’ for a job interview?

4. Which two adjectives describe something that has a problem or defect?

5. True or false: According to the article, people who are more punctual have better inner clocks.

2. Which is stronger: irritating or infuriating.
Infuriating is stronger. It is related to the word ‘furious’, which means extremely angry. If you are ‘irritated’, you are only annoyed.

3. Is it a good idea to be ‘fashionably late’ for a job interview?
No. If you are late for any job interview you will be seen as unprofessional. In certain contexts it’s OK to be slightly late, for example at some parties.

4.Which two adjectives describe something that has a problem or defect?
Flawed and faulty.

1. I need to take control of my life. The days keep slipping by and I never achieve anything.

2. Luke is always punctual. I’ve never seen him be late for anything.

3. Don’t underestimate Lucy. She might be quiet, but she’s extremely professional.

4. We had so much fun last night that we completely lost track of time and got home very late.

5. I don’t like being on the receiving end when he’s angry. He can get very aggressive.