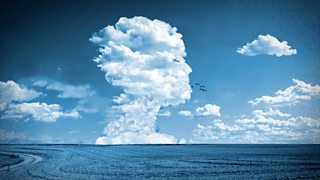 2:4888.1k views
As we go about our day-to-day lives, we all perceive the world quite differently. But why? How does perception work?

Ever since Aristotle, we've been told that we have five senses, but it's now thought we could have around 20 or more. For example, the sense that tells you you're feeling hot or cold, the sense that tells you you're out of breath, and the sense of balance. We don't consciously experience the raw information all these senses generate, because the brain is constantly engaged in the act of perception the analysis, synthesis and interpretation of all that data. Perception can utilise what's known as bottom-up processing, whereby the brain relies on analysing sensory data. But certain perceptions are produced in a different way, by top-down processing - instead of relying just on sensory data, the brain calls on past experiences to make a best guess as to what might be there. In certain situations though, this type of processing results in mistakes. Like this - you're probably seeing two different colours here, but in fact there’s only one. Based on past experience - that surfaces in brighter light are darker than they appear, and surfaces in shadow are lighter the brain expects that there should be two shades, and so that's what it puts into the virtual model it's creating. This top-down processing accounts for a number of human perception traits. We very often see faces, becausewe're hardwired to tune into them. The fact that we're all living in our own virtual recreations of the world is revealed most sharply by cases of people with malfunctioning perception known as agnosia. It's a general term that covers many different conditions. What they all have in common is that the senses are still working perfectly. The brain is receiving the same information it always did, but its ability to process, interpret, and recognise is damaged. Someone suffering from prosopagnosia, for example, has serious difficulty recognising people by looking at their faces, but could still recognise them instantly from the sound of their voice. In extreme cases, sufferers can't recognise their own image in a mirror. A person with akinetopsia is able to perceive objects normally when they're still, but can't recognise, or make sense of anything that's moving. When someone with auditory verbal agnosia hears words, they just hear meaningless noises, so they can't have a conversation. But it's only the hearing of words that’s affected they can still talk, read, and write. So, our ability to navigate the world is entirely dependent on the complex mechanisms which interpret all the noise our senses make and give it meaning. Or, as the famous neurologist Oliver Sacks put it, "Every act of perception is to some degree an act of creation."

4:40
Viewpoint: What would a world without prisons be like?
61.8k views

4:37
Is it time to reassess our relationship with nature?
99.8k views